DC Comics did it recently…..now Oni Press has done it! The NEW company Logo, check out the press release they sent InvestComics. 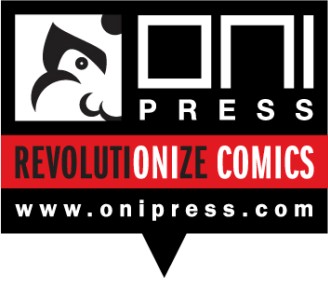 Independent comics publisher Oni Press is adopting a brand new look! Now a respected mainstay with a dedication to creator-driven comic books, Oni Press entered the publishing game late in 1997, at a time when the comic industry was down and conventional wisdom had suggested it would never bounce back. Over the next decade-and-a-half, the company beat the odds, producing a consistently successful line of comics and graphic novels while adapting to expanding markets and new technologies.  To honor this bold new future, Oni Press has reimagined its most recognizable feature: the company logo.
“Yep, for the first time since we started publishing in 1997, we’ve done a complete overhaul of our logo,” wrote Oni Press editor-in-chief James Lucas Jones in an e-mail to the company’s creator base. “The original Oni Press logo was designed by the amazing Dave Gibbons and based on a small trinket that publisher Joe Nozemack’s brother had brought back with him from a trip to Japan. It’s an iconic image that has served us well for a long time. We can’t thank Dave enough for contributing such a significant piece of our company’s brand and 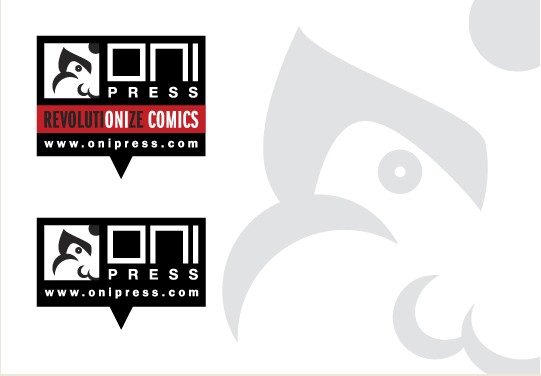 Jones joined Oni Press in 1999, beginning as an assistant editor before helming books like Brian Wood and Steve Rolston’s Pounded and Bryan Lee O’Malley’s Scott Pilgrim series. “As Oni Press has evolved over the last several years,” he continued, “we felt it was time for a change. We’re not the same company we were in 1997 and Art Director Keith Wood has continually raised the bar in terms of our books’ design and packaging. It was time to let him loose on the company’s core iconography. Throughout 2011, Keith worked with Cory Casoni (Director of Sales & Marketing), Joe Nozemack (Publisher), and myself to narrow down the pool of potential designs and refine his initial concepts into the modern, versatile, and downright awesome logo that will soon adorn all of our new comics.”

Fittingly, the new logo will debut on one of Oni Press’ newest and most original acquisitions: Brian Churilla’s The Secret History of D.B. Cooper. The first issue of this full-color series ships to comic book stores on March 14, 2012. The revamped Oni Press icon will appear on all books following, and there will also be merchandise and promotional items featuring the image available at conventions throughout the year.

“This is only the beginning,” promises Director of Marketing Cory Casoni. “We have plenty of big announcements and new publishing initiatives on the way. It would be easy for us to rest on our laurels, but instead we’re going to make the next couple of years our biggest yet.” 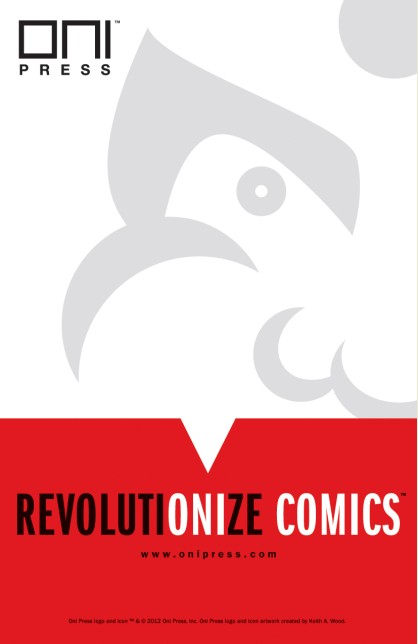