Spawn Sensation Szymon Kudranksi’s Futuristic Thriller Debuts in July
BERKELEY, CA — 21 April 2011 – Robots are not alive. They have no memories, philosophies or inner monologues. They are senseless, devoid of feelings and don’t understand what it means to be alive.  However, in Image Comics’ upcoming dark science fiction thriller REPULSE, Szymon Kudranski presents a scenario in which a robot appears to actually have memories of a past life spent as a human.
“I wanted do something new with robots, but it almost seemed everything had already been done,” Kudranski said of his decision to contribute to the canon of futuristic science fiction stories about artificial intelligence. “There are robot killers, robot cops, robots that wish to be humans or wage revolutions, but the human experience of reincarnation merged with robots was intriguing enough that I felt I should create a story about it.”
Szymon Kudranski is an up-and-coming artist who recently made an impressive debut on Todd McFarlane’s preeminent title, SPAWN. Rather than mimicking McFarlane’s signature style, Kudranski brought his own distinct sensibilities to Image’s flagship character and continues to attract attention with each new issue. REPULSE was created before he began working with McFarlane and was originally conceived of as a three-issue miniseries, but will now be published as one complete graphic novel in July.
“Readers who are interested in the progression of my art style should enjoy this story as a comparison to what I’m doing on current projects,” Kudranksi added.
“From his work at Shadowline to his current issues of SPAWN, it’s been really wonderful to watch Szymon’s ongoing development as an artist,” said Image Comics Publisher Eric Stephenson. “When he brought REPULSE to us, it was an unexpected gem.”
In REPULSE, the robotics of the near future have helped solve the worst crimes and changed the world, but one detective employing the most high-tech solutions must be able to catch a serial kill who preys upon his fellow officers before the technology also brings about his own destruction.
REPULSE (MAY110440), an 72-page black and white science fiction thriller comic book, will be available for order in the May issue of Diamond Previews and goes on sale July 6 for $6.99. 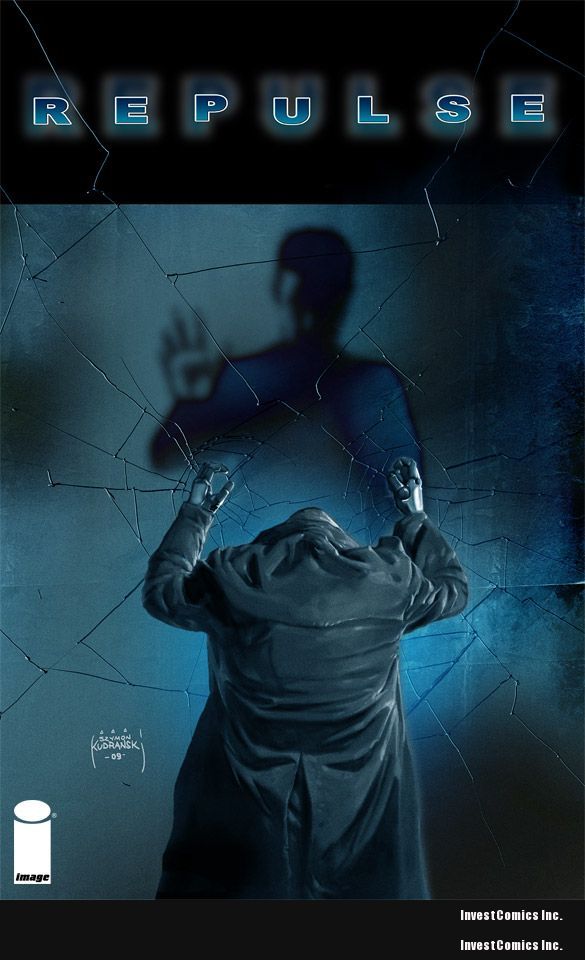 2 thoughts on “REPULSE: THE FUTURE OF REINCARNATION”