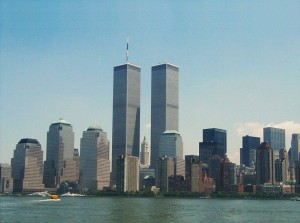 I wrote this article back in September of 2008. With the 10 year anniversary coming up, I felt it would be a nice time to reissue the article and reflect a bit.

Being a native New Yorker and living there when 9/11 occurred I cannot begin to explain the feelings that were welded up inside of me that day.

Even though this article originally appeared 7 years after the event(s), I used to often think why did I write this 7 years after? It was therapy without realizing it I guess. You never get over the loss of friends, the hurt, and the anger.

So if this original article seems a bit sentimental at times, or even over the top, even make no sense, I’m not apologizing for it. The New Yorker in me will tell you “I don’t give a sh*t what you think.”

I was living in Brooklyn, New York at the time of 9/11/01. I was taking a shower getting ready to go to a doctor’s appointment in upper Manhattan. When I got out of the shower my mother called me up and told me to turn on the television. The first plane had already hit. While speaking with my mother, the second plane hit. After the initial shock, I went downstairs from my studio apartment to see who was outside. The street was filled with people walking around in absolute disbelief. Some were crying, while others were already filled with rage. The sky above us had a plum of black and gray smoke swimming over us in slow motion. In a matter of about 5 minutes, we noticed that it started literally snowing black and gray ash. It was sticking to our clothes, the cars, and our hair. It was a gentle reminder to let us all know that our lives have been altered, we weren’t dreaming. 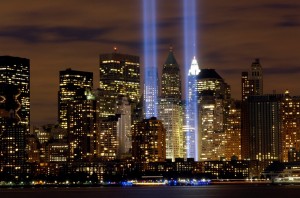 9/11 was the dawning of a new era for the world as we knew it.  The riveting affects were shared throughout the entertainment industry trying to do their part in bringing more awareness and money to help those who lost loved ones or were affected by that day. The comic book industry stepped up. Suddenly there was no Marvel, DC, Image Comics, Dark Horse, etc. Every company became a single unity to deliver some of the most amazing storytelling to date. Amazing Spider-Man #36 was a shining example of this point.

Comics that made us all see that the real heroes in lives are just regular people like you and I. If you had the misfortune of living through that day, you found some solace in various places. While I found some comfort through family, friends, music, and the New York City Mayor Giuliani I found myself going to the comic books. Of course I related to comics because I found comfort in them as it was. This time it was different though. The harsh realism that was portrayed in these comics were unmatched by anything else that has ever been done. Our Super Heroes were not heroes anymore, they were ‘human’. The human spirit sprung forward and touched every mutant, every kryptonian and every spider bitten socially challenged individual imaginable.

So, if you want to read and reflect on some of the most powerful reading and images in comic book history go to your local comic shop and locate these comics that are in the slideshow below.

While you sit down in a quiet place and read some of these comic books, remember how many lives were changed. Remember never to take anything for granted. 9/11 should be a deep reminder of how precious and vulnerable we all really are. Love your family, cherish your children and never forget.