Mr. Lone Ranger himself stops by for a quick shootout on 10 For The Pros! No Tonto here, just Sergio Cariello!

Born in Brazil.at the age of 5 I already knew I wanted to draw comics.at 11. I had

my first comic strip published in Local newspapers-Frederico, the Detective. At Caliber Press penciled, inked and lettered the HP Lovecraft’s Dagon, with writer Steven Jones.at Marvel I drew Daredevil,Conan,Thor, Captain America, Disney’s Quasimodo,Spider-man, the Avengers and others.Drew Batman, Superman, New Gods, Young Heroes in Love, Superboy, Steel, Guy Gardner, Hawkman, Man called X, The Flash, Deathstroke,Wonderwoman, Green Arrow, Azrael and others for DC.Taught 7 yrs at the Joe Kubert School.Member of the National Cartoonists Society since 1995.Worked with Chuck Dixon and Beau Smith in the Wildcat mini-series.Dark Horse(Beau’s and mine Badlander), Image(Spawn),Sojourn, Lady Death, Scion, Crux, and other Crossgen titles,Iron Ghost with Chuck and ATP) and many others. Currently working on the Lone Ranger(Dynamic Forces), Son of Samson with writer Gary Martin for Zondervan, the New Picture Bible for David C Cook and other gigs here and there.

1. What comic (character) would you love to have total creativity control over? And why?

(SC) Batman – Because he is a favorite of mine.

6. What comic book hero/villain would you want to see on screen?

(SC) A character of mine (and Gary Matthews): Branan, the Son of Samson.

(SC) Draw what you love and keep drawing what you don’t.

(SC) Buying that Batman comic with an ad to Joe Kubert school.

(SC) Seven – Another character of mine. 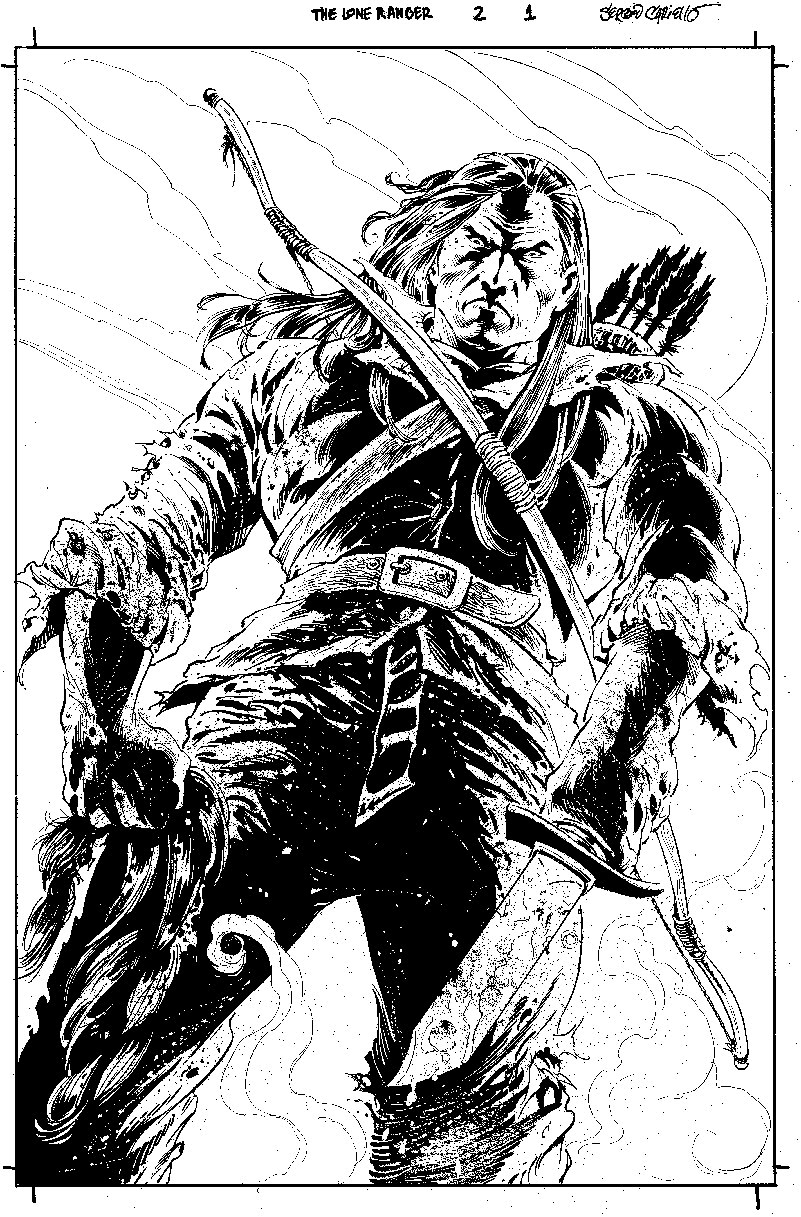