DC has announced that the heroes of the DCU and the MASTERS OF THE UNIVERSE will be mixing it up this summer.

After narrowly escaping his last battle with He-Man, Skeletor has fled to the most unexpected realm to recover: EARTH! Once there, he sets a plan in motion to siphon off Earth’s core magic. Forging an unlikely hunting party, He-Man and company go in search of Skeletor. Finding themselves at odds with the heroes of the DC Universe, He-Man and the Masters of the Universe must find a way to stop Skeletor and his mysterious new master!

And how will the Masters of the Universe respond to finding themselves within the DC Universe?

“Culture shock lives! Actually, they’ve come to stop Skeletor from doing to the DCU what he’s always wanted to do to Eternia,” Giffen teased to BUZZFEED. “By the way… what makes you think Skeletor came to the DCU voluntarily?” 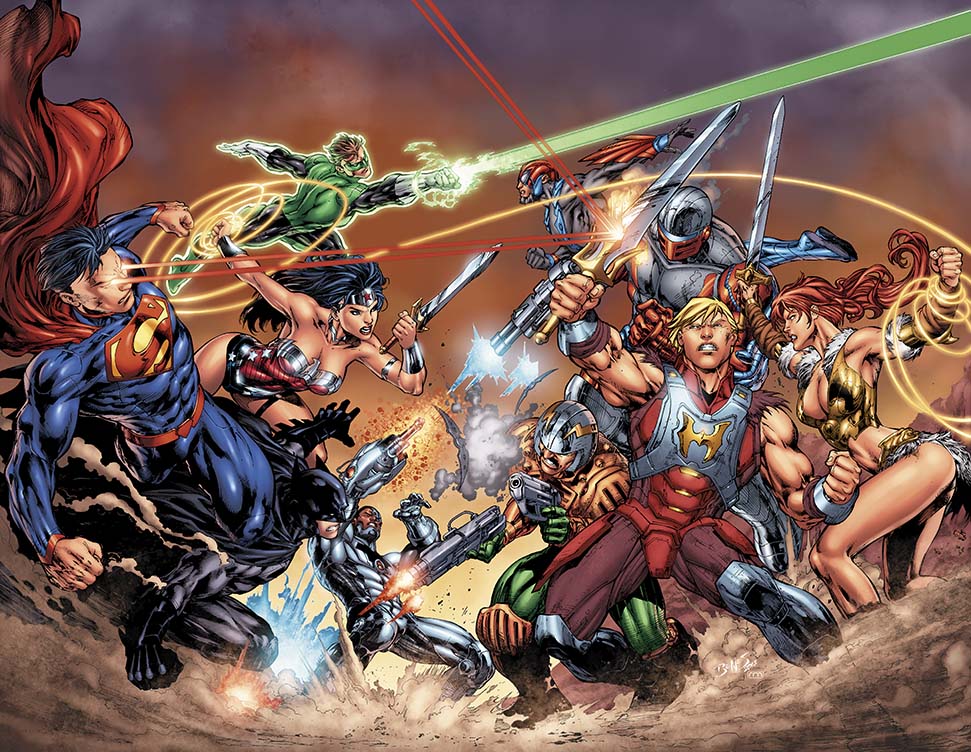