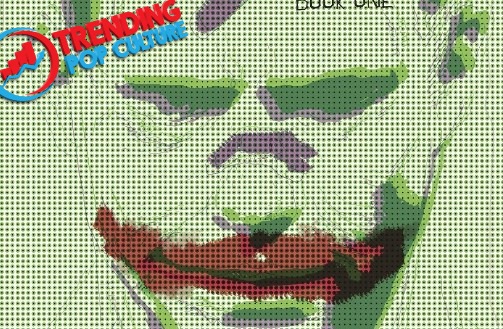 Joker: Killer Smile #1 – New DC Black Label book from writer Jeff Lemire and artist Andrea Sorrentino.
Red Goblin: Red Death #1 – Hot for a minute, thanks to speculation experts, new character Red Goblin in Amazing Spider-Man #798 was THE comic to buy…..and get stuck with. Now, Red Goblin will get his own platform as Norman Osborn and the Carnage symbiote become one in this story. Look for those experts to grab poor suspecting souls once again with that first appearance. Click the red link or cover and buy the book for $7 or so before the price is driven up once again. Red Goblin: Red Death #1 creators; Sean Ryan, Patrick Gleason, Rob Fee and Pete Woods.
Basketful Of Heads #1 – Joe Hill (Stephen King’s son) debuts his own imprint comic, Hill House Comics under DC’s Black Label imprint. Horror comics have been making a bit of a resurgence lately and haven’t quite broken through the main stream. This could be the breakthrough horror fans have been waiting for. Look for this no holds barred mature read to lop some heads off. Ah, see what we did there? Black Label/Hill House Comics will be a hit. Joe Hill writes and Leomacs illustrates. Expect sell outs, quick.
Badass #1 – The title alone should be enough to take a glance at this comic. Instead of using the actual acronym in the title (less affect), with periods after each letter in the Badass title, B.A.D.A.S.S. is Bureau of Alien Detection and Supernatural Sightings. That’s, well, badass! An Antarctic Press comic (you know it’ll be on point) written and drawn by Adrian Nelson.
Excalibur #1 – Back in 1987 when this team was first introduced by Alan Davis and Chris Claremont, it was an instant hit with fans. Marvel saw the response and jumped on a regular ongoing series in 1988. That series went for an impressive 125 issues before ending. Throughout the years thereafter, a bunch of one shot issues and an attempt at a “New Excalibur” series that didn’t fare so well. Well, fast forward to 2019 and with the new generation (ahem, Johnathan Hickman) X-Men in place, lots of new X titles will be popping up. Old and new. The new series is written by Tini Howard and drawn by Marcus To. Many variants to choose from, but one from the original creators of the Excalibur team, Alan Davis. In the new era, Excalibur will trend once again.

Here are the rest of the trending comics and items headed your way this Wednesday from Trending Comics and More #601 (LOTS MORE there!)