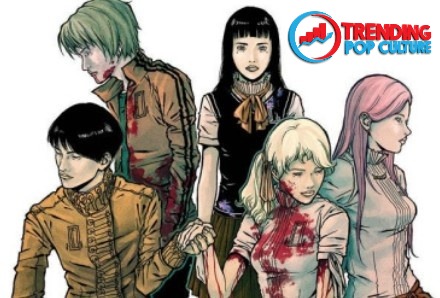 Avengers #26 – The secret origin of Starbrand One Million B.C.. Here’s the thing, renowned Hulk artist Dale Keown pencils Starbrand on the cover (and interior) and it looks as though it’s just a matter of time before Dale puts Hulk and Starbrand in the same arena. They are both of the same stature and it would make a great comic fight. Starbrand One Million B.C. first appeared in Marvel Legacy #1 (2017), with a mega amount of variant covers.  The Mike Deodato Jr. Starbrand cover was limited to 1000 copies. Jason Aaron writes.
Teen Titans #36 – A father and daughter team-up for the ages. Lobo and Crush vs. Teen Titans. Ding ding! Writer Adam Glass and artist Bernard Chang.
Captain Marvel #12 – The first appearance of Dark Marvel. Or is it Dark Captain Marvel? Either way it’s the debut of this character. Expect quick sell-outs and a second print to follow. Writer Kelly Thompson and artist Carmen Nunez Camero.
Batman #83 – Will the unthinkable happen? Will Batman get redemption? 26 years ago Bane broke the bats back. Judging from the cover, it looks as though Bane may suffer the same fate as did Batman. Tom King writes, Mikel Janin draws.
Heartbeat #1 – This Boom Studios comic has “sold out” written all over it. A bloodthirsty high school outsider loves, needs, craves blood and Eva will break her own moral code to find it for him. Writer/artist Maria Llovet.

Here are the rest of the trending comics and items headed your way this Wednesday from Trending Comics and More #604 (LOTS MORE there!)