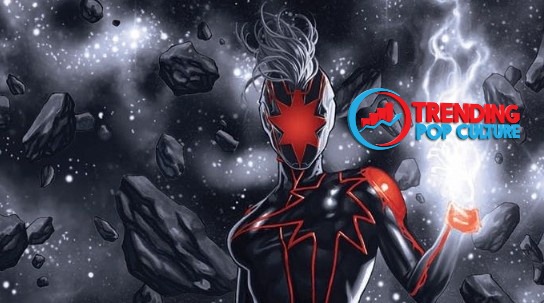 SINCE 2005. Here are this week’s top trending comic books and new items headed your way this Wednesday 11-20-19
Click on the RED links, Images or the comic cover to buy/bid from All available sellers on Ebay
Please note: New comic book releases and all items are subject to change

Avengers #26 – The secret origin of Starbrand One Million B.C.. Here’s the thing, renowned Hulk artist Dale Keown pencils Starbrand on the cover (and interior) and it looks as though it’s just a matter of time before Dale puts Hulk and Starbrand in the same arena. They are both of the same stature and it would make a great comic fight. Starbrand One Million B.C. first appeared in Marvel Legacy #1 (2017), with a mega amount of variant covers.  The Mike Deodato Jr. Starbrand cover was limited to 1000 copies. Jason Aaron writes.
Batman #83 – Will the unthinkable happen? Will Batman get redemption? 26 years ago Bane broke the bats back. Judging from the cover, it looks as though Bane may suffer the same fate as did Batman. Tom King writes, Mikel Janin draws.
Deadpool #1 – A new Deadpool series debuts. Well, a new cycle really. A new number one issue. Why not just continue the series? Yes, number one issues tend to obviously draw more attention, but still an odd thing to keep doing over and over again. Lots of variants to choose from. One of our favorites, the Carlos E. Gomez Mary Jane cover. The debut book is written by Kelly Thompson and art by Chris Bachalo.
Teen Titans #36 – A father and daughter team-up for the ages. Lobo and Crush vs. Teen Titans. Ding ding! Writer Adam Glass and artist Bernard Chang.

Captain Marvel #12 – The first appearance of Dark Marvel. Or is it Dark Captain Marvel? Either way it’s the debut of this character. Expect quick sell-outs and a second print to follow. Writer Kelly Thompson and artist Carmen Nunez Camero.
Supergirl #36 – The infected Supergirl looks like a bad as* on this cover. Thanks to cover artist Dan Mora. A possible showdown; The infected Supergirl vs. The Batman Who Laughs? Oh heck yeah! Writer Marc Andreyko, artists Julio Ferreira and Eduardo Pansica.
Absolute Carnage #5 – Venom vs. Carnage, someone/something will die. Also, the very limited Carnage Local Comic Shop variant will release (on Saturday.
Heartbeat #1 – This Boom Studios comic has “sold out” written all over it. A bloodthirsty high school outsider loves, needs, craves blood and Eva will break her own moral code to find it for him. Writer/artist Maria Llovet.

Alpha 2099 – Back in the early 90’s, Marvel went big on the 2099 idea. They will try to strike gold with it once again in 2019. Marvel promises to reshape their universe with this storyline, starting here. Writer Nick Spencer and artist Viktor Bogdanovic.
Star Wars #75 – Anyone remember the variant craze that struck with the number one issue of this series? What was the final count of variants anyway? Remember the asking price for some of them? Well, if you followed InvestComics, we saved many collectors a lot of grief, but with the speculation experts and websites now, they’d lead you into temptation for their own benefit of seeming and staying relevant. Back to the issue at hand here, Star Wars #75 will be the final issue. Which probably means…..a relaunch down the pike eventually. New number one RARE 75 copies available selling for $300 on new comic book day. Good luck with all of that. Writer Greg Pak and artist Phil Noto close the series out.
Annihilation Scourge #1 – Much like Marvel’s 2099, Annihilation was a huge hit for them. It wasn’t as long ago as 2099 though. Annihilation debuted in 2006 with legendary writer Keith Giffen. Marvel will revisit the well here this Wednesday with writer Matthew Rosenberg and artist Juanan Ramirez.
Fantastic Four 2099 #1 – The beginning of the 2099 comic book madness, besides the variant covers you’ve been seeing everyplace. Writer Karla Pacheco and artist Steven Cummings.
Rai #1 – New series relaunch from Valiant Entertainment. Writer Dan Abbnett and artist Juan Jose Ryp.