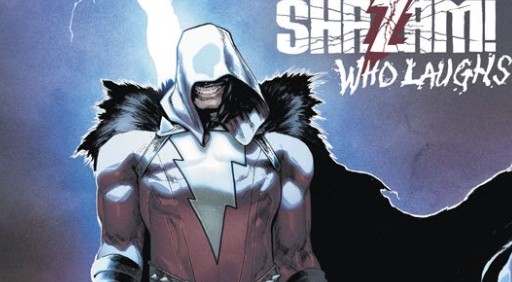 Harleen #1 – What would you get when you mix one of the hottest DC characters with the Black Label imprint? You get an instant hit. An unfiltered Harley Quinn comic? Yes, please. Written and drawn by superstar creator Stjepan Sejic. This book will sell out quick, so get your copy before you’re in line for that second print you really don’t want.
Batman/Superman #2 – In the previous issue, fans witnessed the birth of “The Shazam Who Laughs” on the last page. This counts as a cameo, correct? Who knows with the on again off again “rules” of the collection world. Anywho, the new release this Wednesday may count as the first “full” appearance of the new character. Creators Joshua Williamson and David Marquez.
Action Comics #1015 – When Trending Pop Culture (or was it InvestComics?) gave fans a heads up regarding DC’s new character Naomi, fans responded. Now we’ll truly see if Naomi is a character to be followed/reckoned with this Wednesday. Let’s see if Action Comics #1015 trends on the social media outlets as well as her debut did. Oh, an explanation as to why this particular book will probably trend would be nice. Creator of the Naomi character; Brian Michael Bendis, will introduce her to the DC Universe (outside of her series). With a splash cover like this one, she’s bound to turn some collector heads around. Art by Szymon Kudranski.
Strikeforce #1 – The title of this comic sounds like an old 90’s Image Comic. But this is far and away from being anything as cheeseball as that would have been. Blade will recruit a new Marvel team consisting of Spider-Woman, Angela, Winter Soldier, Wiccan, Monica Rambeau, Daimon Hellstrom and of course Blade himself. That’s a large group, isn’t it? How long before someone is offed to make the team an even number? Writer Tini Howard and German Peralta will bring some much needed new blood to a new team within the readers market. Look for consistency here with great storytelling and art to keep the interest flowing.
Teenage Mutant Ninja Turtles #98 – The lead up to the one hundredth issue is almost upon us. Till then, read up on major happenings/changes going down within the TMNT universe. Writers Tom Waltz and Kevin Eastman, artist Michael Dialynas.

Here are the rest of the trending comics and items headed your way this Wednesday from Trending Comics and More #597 (LOTS MORE there!)