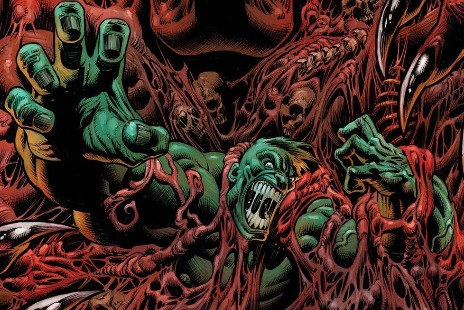 Bizarre Adventures #1 – Marvel will bring back the magazine series from 1981. Well, the title changed from Marvel Preview beginning with issue number 25. So, the first ever Bizarre Adventures Marvel issue was Bizarre Adventures #25 (1981). Legend Chris Claremont all over this reprint magazine in 1981. In the 2019 version, creators Jed Mackay, Chris Onstad, Becky Cloonan, Chris Mooneyham and Francesco Manna.
Runaways #25 – The first FULL appearance of Doc Justice. Also, a new Runaways team from writer Rainbow Rowell and artist Andres Genolet.
House Of X #6 – The X-Men future has and will be set moving forward. Writer Jonathan Hickman and artist Pepe Larraz will complete the process with this last issue. Expect the changes to possibly make it into a film or some sort of media in the future. You read that here first. For weeks, months, we’ve been saying it.
Ghost Rider #1 – Although going on its tenth(?) volume (more or less), ten number one issues as a regular series, Marvel begins anew once again with writer Ed Brisson and artist Aaron Kuder. A new Ghost Rider era here.

Spider-Verse #1 – Marvel gathers a few creators to put this new Spider-Verse comic together. Jed Mackay, Arthur Adams, Patrick Brown and lots more.
Fantastic Four #15 – “Points of Origin” Part 2. The retelling/new Fantastic Four origin from master writer Dan Slott hits with a new team seven manned (mostly female actually) named “The Unparalleled”. Art from Paco Medina.
Absolute Carnage: The Immortal Hulk #1 – What would one get if you mix one of the hottest Marvel storylines with one of the hottest Marvel titles? You’d get this comic. Al Ewing writes and Filipe Andrade illustrates.
Doctor Strange #20 – Continuing from the previous issue, this will be the last issue of this run. Writer Mark Waid and artist Jesus Saiz close it out. A new Doctor Strange number one comic will arrive eventually.
Green Lantern #12 – Speaking of final issues. Writer Grant Morrison and Liam Sharp wrap of this last issue of this series. As the same with Doctor Strange, Green Lantern will debut a number one issue eventually.
Canto #5 – The hot David M. Booher (writer) and Drew Zucker series is back with its fifth installment.
Dead Eyes #1 – One of three new Image Comics series this Wednesday. Writer Gerry Duggan and artist John McCrea.

Copra #1 – Here is the second of the new Image Comics series this Wednesday. This from creator Michel Fiffe. Michel first created his Copra character back in 2012 for Copra Press. Copra #1 (2012) was a complete creative process from Mr. Fiffe. Writer, Penciler, Inker, Colorist, Letter and cover artist. Almost looks like more of the same for this 2019 debut.
Contagion #1 – The debut of a new Marvel substance taking over the Marvel Universe. From the looks of it, The Thing is trying to get a handle on it. Written by Ed Brisson, with art by Stephen Segovia and Roge Antonio.
Nomen Omen #1 – The third of the new Image Comics debuts this week. Witchcraft and fantasy, for mature readers. Creators Marco B. Bucci and Jacopo Camagni.
Vampire State Building #1 – This almost sold out book from Ablaze Comics features the artwork from Mr. Walking Dead himself, Charlie Adlard. Written by Ange and Patrick Renault. Also, the Infinity Gauntlet homage cover is sure to turn some heads in the comic community.
The Flash Giant #1 – Various creators contribute to this over-sized issue. One creator that stands out to us (as always), Ms. Gail Simone. She writes a tale involving Barry Allen vs. King Shark. Other fantastic creators include; Clayton Henry, Jeff Parker and Miguel Mendonca.
R(Ender) #1 – From Oni Press. Creators Leah Williams and Lenka Simeckova.