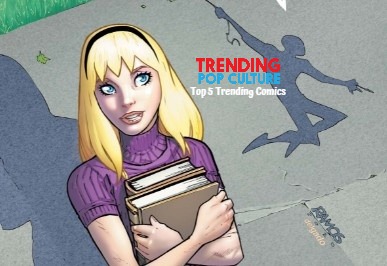 Venom #23 – Marvel says this comic will plant seeds to the next Venom event….next year?? in 2021? That’s a while from now, no? What gives with that? Writer Donny Cates and artist Mark Bagley.
Harley Quinn & Poison Ivy #6 – DC Comics promises a shocking ending that includes an admittance from Poison Ivy. Writer Jody Houser and artists Mark Morales and Adriana Melo.
Tartarus #1 – New Image Comics’ series from writer Johnnie Christmas and artist Jack Cole. Expect a quick sell out on this one.
The Flash #88 – The first appearance of Paradox. DC once before had a Paradox character back in the early 90’s, but this one seems to have nothing at all to do with that one. So, a first appearance. Creators Joshua Williamson and Jordi Tarragona.
Nebula #1 – We love reminding our regular readers and NEW readers about how amazingly awesome our previous venture was. InvestComics is the exemplary, superior, GOAT if you will of the comic book speculation hobby. So many have latched on over the years and have claimed to be able to register their idea of a “Hot Comic” and it’s quite laughable at times. A “Hot Comic” nowadays consists of creating needless banter about useless comics that are a moment in time and lack longevity. Batman’s junk, a “hot” television book, rumors, first appearance of Hydro-Man, you get the picture. InvestComics was the site that brought real comics to life, like from 2009, tipping off collectors about a comic from the 50 cent bins, Avengers #257. Nebula’s first appearance. This same article recommended Thanos’ first appearance for $200. Also in this article, Ultron’s first in Avengers #54 for $50 and the list goes on. But, all that said, we get back to the Nebula character. Not even a blip on anyone’s radar, but it was for InvestComics. This all happened 11 years ago. Time fly’s when you’re making the mark as the best ever. Now, after countless movie appearances, beloved by many fans, Nebula will debut in her own series. Creators Vita Ayala (writer) and Claire Roe (artist).

Here are the rest of the trending comics and items headed your way this Wednesday from Trending Comics, Best Cover Art, Trending Collectibles And  MORE #614 (LOTS MORE there!)