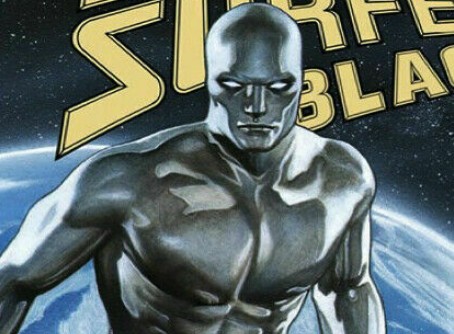 Silver Surfer Black #1 – Silver Surfer has always been a key character among many fans, Now the modern-day Cosmic storyteller, a’la Jim Starlin, writer Donny Cates, gets his crack at the shiny one. Look for this series to revitalize the character in more ways than previous attempts. A fan favorite writer is on the case and fanboys are yearning for a reason to buy up Silver Surfer comics. You know, Disney buying Fox and all. Silver Surfer comics will be worth so much money! Artist Tradd Moore rounds out the new creative team for the sure to be new hit series.
Spider-Man Life Story #4 – The life of Spider-Man enters the 90’s and the Kaare Andrews cover is sure to get the attention of many. Writer Chip Zdarsky and artist Mark Bagley.
Major X #5 – Rob Liefeld’s series will reveal the “full identity” of Major X. 30 years in the making it says. Who’s been waiting 30 years exactly? Can we see a show of hands?
Event Leviathan #1 – All-star creative team; Brian Michael Bendis and Alex Maleev bring a new threat to the DC Universe. Look for the repercussion of this story to be felt throughout the DCU.
The Batman Who Laughs #6 – DC Comics is calling this comic the “beginning” and not the end. This means the modern day Batman and the Dark Multiverse Batman either shake hands and get on with their lives or something else is deep seeded, marking the start of something else. Scott Snyder and Jock.