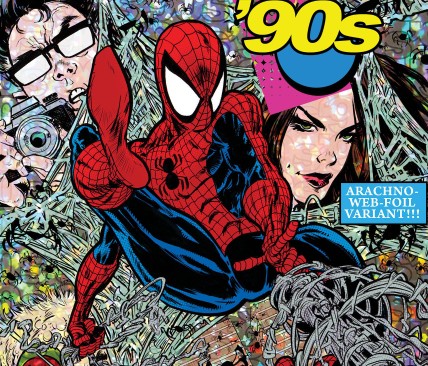 SINCE 2005. Here are this week’s top trending comic books and new items headed your way this Wednesday 6-12-19
Click on the RED links, Images or the comic cover to buy/bid from All available sellers on Ebay
Please note: New comic book releases and all items are subject to change

Silver Surfer Black #1 – Silver Surfer has always been a key character among many fans, Now the modern-day Cosmic storyteller, a’la Jim Starlin, writer Donny Cates, gets his crack at the shiny one. Look for this series to revitalize the character in more ways than previous attempts. A fan favorite writer is on the case and fanboys are yearning for a reason to buy up Silver Surfer comics. You know, Disney buying Fox and all. Silver Surfer comics will be worth so much money! Artist Tradd Moore rounds out the new creative team for the sure to be new hit series.
Symbiote Spider-Man #3 – Marvel Comics promises to uncover a secret(s) about Spider-Man’s “new” Black suit, in this newer story from that particular timeline when Peter first wore the new suit. Will writer Peter David give fans a true secret or something we already kind of know from that timeline? Guess we’ll have to wait until Wednesday to find out. Greg Land art.
Spider-Man Life Story #4 – The life of Spider-Man enters the 90’s and the Kaare Andrews cover is sure to get the attention of many. Writer Chip Zdarsky and artist Mark Bagley.
The Immortal Hulk #19 – This series is obviously very hot right now and speculators are eating the first issue up at an alarming rate. No excuse for that number one comic to sell for the current premium it is at or has been. The new issue this week will feature an Amazing Spider-Man Armor Suit cover by Emanuela Lupacchino. Writer Al Ewing and artist Joe Bennett.
Superior Spider-Man #7 – A West Coast Avengers appearance, which features Gwenpool on the team. So, a Gwenpool appearance! Writer Christos N Gage and artist Lan Medina.

Major X #5 – Rob Liefeld’s series will reveal the “full identity” of Major X. 30 years in the making it says. Who’s been waiting 30 years exactly? Can we see a show of hands?
Event Leviathan #1 – All-star creative team; Brian Michael Bendis and Alex Maleev bring a new threat to the DC Universe. Look for the repercussion of this story to be felt throughout the DCU.
The Batman Who Laughs #6 – DC Comics is calling this comic the “beginning” and not the end. This means the modern day Batman and the Dark Multiverse Batman either shake hands and get on with their lives or something else is deep seeded, marking the start of something else. Scott Snyder and Jock.
Supergirl #31 (Marc Andreyko/Sean Parsons/Kevin Maguire) & Superman #12 (Brian Michael Bendis/Joe Prado/Ivan Reis) – “The House of El” crossover. Superman, Supergirl, Superboy and Jor-El all team up.