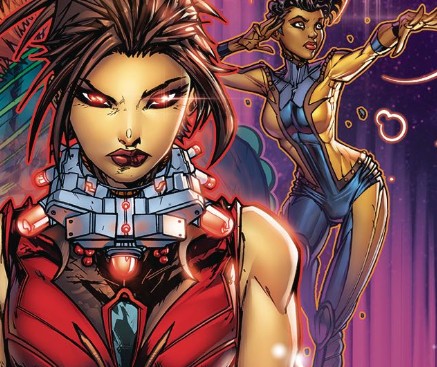 Superman: Year One #1 – The superstars are out for this one. Frank Miller writes, John Romita Jr. and Danny Miki will pencil. Two key reason why this comic and series will trend among the elite status and not just a regular origin story. One, look at this creative team. Especially the legend himself, Frank Miller. Anytime (most of the time) Mr. Miller comes out to write a story, fans buy it up. He’s a fantastic storyteller and comic book collectors know this. Romita and Miki rounding out the creative team is icing. The creative team alone should be enough, but we’re here to tell you, there’s something else (thank you Prince). Frank Miller is one of the most prolific writers of all comic book time, but a non-censored format would and has served up some poetry during his career. DC Comics will release this series via their Black Label imprint. This adds to the allure of this comic and series tenfold. With all of the good news, there is some not so good news. Well, it may not be all that bad if it doesn’t happen. Jim Lee, Romita, Kevin Smith, Snyder, Johns, Gary Frank, and so many others, including Frank Miller have done the absolute murderous thing to a series……delays. If for some crazy reason fans get a delay in this series, it’s game over. A momentum killer. The air will leave the building if one book is delayed. Comic fans simply do not have patience for delays. It’s a series stopping event. Many drop at the first delay, the second delay says you may as well pack it in. DC Comics, with their Black Label release have a huge winner. Do not, do not mess this up DC.
Captain Marvel #7 – The previous story line had Spider-Man switching powers with Captain Marvel. Now, Captain Marvel and Doctor Strange do the ol’ switcheroo. One of these switches will catch on with one these expert speculation sites and then it’ll become very important to that area, but we’ll enjoy the switch because it’s very cool. Creators; Kelly Thompson and Annapaola Martello.
Psi-Lords #1 – Valiant brings a new series into the fold. Our story begins with four cosmic beings. Written by Fred Van Lente and drawn by Renato Guedes. The Psi-Lords first appeared (cameo) in Magnus Robot Fighter #36 (1994). Their first full appearance came in Rai and the Future Force #21 (1994). Expect this series to hit the ground running with writer Fred Van Lante at the helm.
Lab Raider #1 – Black Mask debuts their new series. Creators; Matt Miner and Crees Lee.
Crucified #1 – Scout Comics; Writer Sheldon Allen and artist Armin Ozdic.