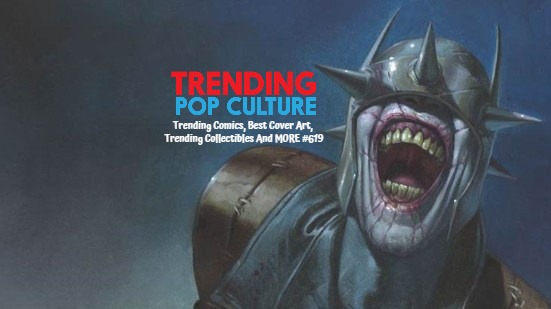 InvestComics/Trending Pop Culture; SINCE 2005.
Here are this week’s top Trending Comics, Cover Art, Trending Collectibles and MORE headed your way this Wednesday 3-18-20
Click on the RED links, Images or the comic cover to buy/bid from All available sellers on Ebay
Please note: New comic book releases and all items are subject to change

Spider-Woman #1 – The Spider-Woman character gets another crack at her own series with a new costume. Check out Jessica Drew’s new adventures brought to you by writer Larla Pacheco and artist Pere Perez.
Nightwing #70 – Here’s a comic that is out of control within the aftermarket already. Before new release day on Wednesday, this comic is being sold on eBay for $35-$70. Sold out. Second print already announced. Here’s the crazy part, the sales are all derived on a hunch by some that Punchline appears in it! It’s also the prelude to Joker War, but a hunch? Man, InvestComics seems so long ago, got out of this ridiculousness just in time.
Year Of The Villain Hell Arisen #4 – And speaking of Punchline. Will she appear in this comic? She debuted in the last issue, so…maybe? Maybe not. Sold out though.
Spawn #306 – A new character is introduced and artist Philip Tan is back. Ninja Spawn? Yep. Todd McFarlane writes.

Guardians Of The Galaxy #3 – Two for the price of one. This soon to be sold out comic debuts the new team; West Spiral Arm Guardians and also introduces Prince of Power. The new team will have their own animal character that isn’t a raccoon. Its name is Blackjack O’Hare. Appearing in on 13 comics since first being introduced in 1982 in Incredible Hulk #271. That first appearance is super pricey too. Not sure why (sarcasm). Writer Al Ewing and artist Juan Cabal.
Outlawed #1 – A one shot from Marvel that promises to turn things upside down within the Marvel Universe world. Writer Eve Ewing and artist Kim Jacinto.
Captain Marvel #16 – The finale of “The Last Avenger”. Kelly Thompson and Lee Garbett.
Fantastic Four #20 – As per Marvel, “Meet a never-before seen Elder of the Universe”. Dan Slott and Sean Izakse.
Robin 80th Anniversary 100 Page Super Spectacular #1 – The Joker 80th Anniversary issue will contain the origin of the hottest character out right now, Punchline. Will the Robin 80th bring an unexpected surprise? Never know.