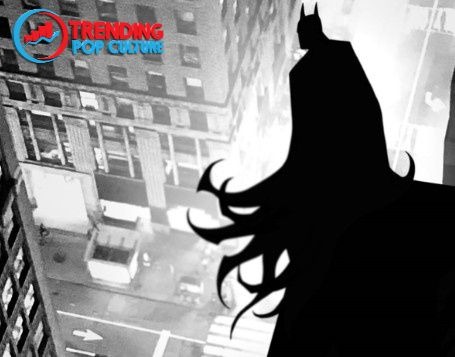 SINCE 2005. Here are this week’s top trending comic books and new items headed your way this Wednesday 3-20-19
Click on the RED links, Images or the comic cover to buy/bid from All available sellers on Ebay
Please note: New comic book releases and all items are subject to change

Batman #67 – Batman chases down a new villain as it gets closer to a revelation of who or what it could be. Maybe a big reveal in this issue? Read and you shall see for yourself. The “Knightmares” story is definitely trending among comic fans. Creators Tom King and Lee Weeks.
Teen Titans #28 – The official beginning of “The Terminus Agenda” story from Adam Glass, Christopher Priest and Bernard Chang.  The Teen Titans set out to end (kill) the Deathstroke once and for all. We all know Deathstroke will NOT be on the receiving end of meeting his maker, but it sets out for a tremendous story. The DC solicit states this story line will begin a whole new era in the Teen Titans/Deathstroke lure. Expect this comic/story to trend hard as the chapters move along.
Nightwing #58 – A  few weeks ago Trending Pop Culture informed fans that the Joker’s Daughter will be making her move into the DC Universe in a big way starting in this Nightwing series. Here is the second part of her return. Scott Lobdell and Chris Mooneyham.
Spider-Man: City At War #1 – One of two number one Spidey books to hit this Wednesday. This comic hones in on the entire Spider-Man video game character. It’s a Marvel “GamerVerse” title. A ton of variants are available with this one. A few that will appear in our “Best Cover Art Of The Week” for sure. Writer Dennis Hopeless and artist Michele Bandini.
Spider-Man: Life Story #1 – This cool idea is a retrospect of the entire Spider-Man history rolled into a series of comic books with a new vision and new stories. The retrospect will not touch on what readers know of Spider-Man, but what we haven’t seen yet. Until now. Spider-Man in Vietnam? Flash Thompson enlist and Peter is weighing his options as to whether he should go or not. This very intriguing limited series should be on comic book fans radar. Written by Chip Zdarsky and drawn by Mark Bagley. A winner here for sure.
Guardians Of The Galaxy #3 – The Dark Guardians are making their move. Creators Donny Cates and Geoff Shaw.

Here are the trending indie comics this week…

Rise #1 – Whenever a Scout Comics publishing book hits the Trending Pop Culture website, it sells out before the end of the article. The new release from writer/artist Don Aguillo will be no exception. An apocalyptic story sure to please all readers. As usual.
Dark Red #1 – New offering from Aftershock Comics is sure to please as well. New releases from them seem to have a knack for trending across the social media outlets. A new vampire horror story from the “always reliant” writer Tim Seeley and art from Corin Powell.
Offbeats #1 – Speaking of always selling out when featured here at TPC, Antarctic Press always does their thing too. With recent hits in the past few months, look for readers to check out this new offering as well. Creators John Ward and Giles Crawford.
Teenage Mutant Ninja Turtles #92 – IDW Publishing pushing this comic as a game changer for the TMNT. It’s so close to issue 100, we wonder if it will reverberate into that monumental anniversary issue. Maybe, so keep your eyes peeled this Wednesday.
Lazarus: Risen #1 – Image Comics. Lazarus returns. Writer Greg Rucka and artist Michael Lark.
Dungeons & Dragons: A Darkened Wish #1 – Creators Dave Walters and Tess Fowler. IDW Publishing.

Here are the trending toys and items this week…