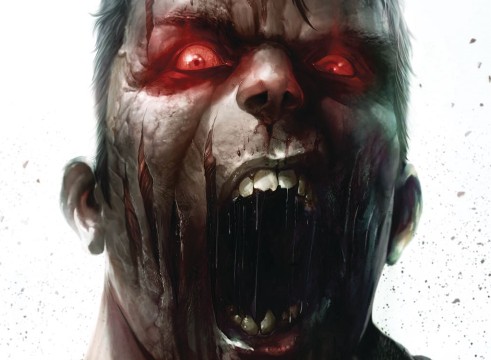 SINCE 2005. Here are this week’s top trending comic books and new items headed your way this Wednesday 6-5-19
Click on the RED links, Images or the comic cover to buy/bid from All available sellers on Ebay
Please note: New comic book releases and all items are subject to change

Black Cat #1 – A new ongoing series (first ever for Black Cat) from writer Jed Mackay and artist Travel Foreman. With several sexy variant covers, expect the fanboy hormones to go into overdrive and to buy just about every variant available, thus causing sellouts and the variants to be overpriced in the aftermarket. The Black Cat character has been spoken about for years and years about possibly appearing in a film, but that has not come to fruition as of yet. Will it happen? Maybe, maybe not. But driving up pricing on a first appearance on a hunch for so many years seems a bit absurd. Enough of that, the inside of this comic will determine the real market and the Jed/Travel team will do just fine. Look for a secret origin piece from Noa Fuji as well. Only an uptick trend here for this debut issue.
The Incredible Hulk: Last Call #1 – Quite a few years ago when writer Peter David and artist Dale Keown were tearing it up within the pages of Hulk stories, fans were eating it up. Much like the Immortal Hulk is doing now, but without the no excuse absorbent aftermarket pricing. Yes, Immortal Hulk is a good comic, but those prices are ridiculous. Anyway, back to the Hulk comic arriving this Wednesday. Peter and Dale team up once again to deliver this one shot. A one shot of expresso on Hulkroids.
Savage Avengers #2 – A quick glance over of this comic may have collectors missing out on something bigger later on. If you’re one of the thousands of expert comic book speculators out there, you may want to stash this one away as a “maybe” alongside the other hundred “maybe” comics you’re hoarding away. Logan gives his blood to another Avenger, thus changing their life forever. Is this the beginning of something much later on? Maybe a Wolverine blooded character that morphs into another character with claws? Maybe the gift of healing ability? Maybe and maybe and maybe…. No matter what though, Artist Mike Deodato Jr. and writer Gerry Duggan have a hit series on their hands.
Young Justice #6 – Writer Brian Michael Bendis and debuting as artist; Elena Casagrande deliver the origin of Jinny Hex.

DCeased #2 – DC’s newest trending hit continues. More heroes and more villains are dying. Superman isn’t faring too well by the looks of it. What can the Justice League do to stop more deaths from occurring? Writer Tom Taylor, artists Stefano Gaudiano and Trevor Hairsine bring the next chapter this Wednesday.
Star Wars Age Of Rebellion Luke Skywalker #1 – New Star Wars comic. Greg Pak and Chris Sprouse.
Tony Stark: Iron Man #12 – If you followed InvestComics since 2005 and then Trending Pop Culture thereafter, then you’ll understand we are huge Gail Simone fans. She is one of the most prolific writers in the comic industry today. She writes the next couple of Iron Man issues along with artist Paolo Villanelli and we’re all in. Beside the fact it’s a War of Realms tie in of course. All that and a new weapon from Tony Stark. Looking forward to that.
BanjaX #1 – New, intended for mature audiences, number one comic from Action Lab. From Hollywood screenwriter Rylend Grant comes a superhero tale like never before. Our cancer ridden hero is dying and goes on a mission to finally rid his city of villains, but in a “violent and misguided” way. Art by Fabio Alves.