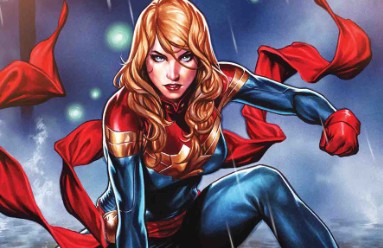 SINCE 2005. Here are this week’s top trending comic books and new items headed your way this Wednesday 8-14-19
Click on the RED links, Images or the comic cover to buy/bid from All available sellers on Ebay
Please note: New comic book releases and all items are subject to change

Absolute Carnage Scream #1 – With the release of the Absolute Carnage event comes an excessive amount of number one comics in line with the event. Here is Scream #1 with the original(?) She-Venom Patricia Robertson. The Scream character first appeared in Venom Lethal Protector #4 (1993). Cullen Bunn writes and Gerardo Sandoval pencils.
The Punisher: Kill Krew #1 – Is this a one shot? No matter, with Gerry Duggan (writer) and Juan Ferreyra (artist) at the helm, this is sure to be an instant classic one shot or series. The Mike Zeck classic cover itself sets the tone here.
Gwenpool Strikes Back #1 – Anyone remember how hot the Gwenpool character was at one time? What happened with that? If anyone could rekindle that fire it would be writer Leah Williams and artist David Baldeon.
The Amazing Spider-Man #27 – Read up on what the new Sinister Syndicate are up to. Writer Nick Spencer and artist Kev Walker.

Superman #14 – Writer Brian Michael Bendis continues to reshape the Superman character and will reveal a big twist this Wednesday. Artist Ivan Reis and Joe Prado.
Power Of X #2 – Speaking of changing things. Writer Jonathan Hickman is reshaping the entire X-Men landscape on a historical level. Better stay on top of this if you want to be in the “know” about the beloved X-Men, because they aren’t going to be anywhere near that Giant Size X-Men team we all know and love when all is said and done.
Second Coming #2 – Well, the first issue of this “controversial” series sold out and here comes issue number two, accompanied with an Amanda Conner cover. Creators; Mark Russell and Richard Pace.
Captain Marvel #9 – “A Star Rises, Another Falls” by Kelly Thompson and artist Carmen Nunez Camero. Changes are on the horizon for Carol Danvers/Captain Marvel.
Absolute Carnage Separation Anxiety #1 – Maybe one of the longer Absolute Carnage tie-in titles, but that’s not important. Creators; Clay Chapman (writer) and Brian Level (artist).

Age of Conan Valeria #1 – Writer Meredith Finch on a new “Conan” genre book? Yes, this is fantastic news. Artist Aneke will join Mrs. Finch on the new adventure. This comic will grab the attention of not only Conan fans, but comic fans, period.
The Watcher #1 – A new three issue mini-series from Zenescope. “Disturbia meets The Conjuring”. Creators Ralph Tedesco and Victoria Rau.
Silver Surfer Prodigal Sun #1 – The Prodigal Sun series continues in this new number one issue. Writer Peter David and artist Francesco Manna.
Once & Future #1 – Two names comic fans need to know regarding this comic. Kieron Gillen and Dan Mora. Nuff said. BOOM Studios.
Star Wars Target Vader #2 – The Hunter is about to have Vader hunt him! Check that out and the secret behind “The Hidden Hand”.