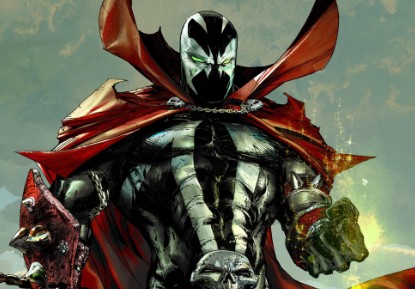 SINCE 2005. Here are this week’s top trending comic books and new items headed your way this Wednesday 9-4-19
Click on the RED links, Images or the comic cover to buy/bid from All available sellers on Ebay
Please note: New comic book releases and all items are subject to change

The Amazing Spider-Man: Going Big #1 – Back in 1987, comic collectors were graced with Erik Larsen’s first Amazing Spider-Man comic in Amazing Spider-Man #287. A one off for him at the time. Unfortunate for fans, but not to wait too long for his return. In the meantime, artist Todd McFarlane, visually, took the Spider-Man character to a level in which literally transformed the character industry wide/media wide in Amazing Spider-Man #298. McFarlane moved on from the title with his last issue being #323 and Mr. Larsen became the regular penciler on the title as of issue #327. Maybe tough shoes to follow, but Erik Larsen did not miss a beat. Bringing his own style to the character. Mr. Larsen was the first artist to bring Venom’s tongue to life. The reason Venom’s tongue has a life of its own is because of Erik’s Amazing Spider-Man #346 cover in 1991. So, figuring on math here, Venom was introduced in 1988. Three years after Venom was first seen, an impact addition to such a pop culture iconic character. All of this talk about artist Erik Larsen because, not only a great guy and artist (must stop at his table if he comes to your area at a show), but he is returning after many years to the Spider-Man character as the featured artist on this new comic this Wednesday. Newer comic fans will now get to experience some older school magic and how it first got done back in the late eighties, early nineties. Exciting for all. In addition to the Mr. Larsen, two more legends will be featured in this comic in a separate story. Writer Gerry Conway and artist Mark Bagley. Marvel says readers will be super twisted until the very end. We’re all looking forward to this as well. No doubt this comic will trend throughout the social media networks.

Fantastic Four #14 – Writer Dan Slott and artist Paco Medina bring part one of the new story; Point Of Origin. Marvel says this is not to be missed. So, don’t miss it.
House Of X #4 – Just about every single issue of writer Jonathan Hickman’s X-Men redo has been featured here on TPC. Fans are loving the remake of the baddest mutants (X-Men) on the planet.
Web of Black Widow #1 – Not only will Black Widow get her own series, but Marvel taps writer Jody Houser to lead the way. This way the fans know they’re in for a treat. Artist Stephen Mooney joins in to complete the duo.
Spawn #300 – Well, not much can be said about this one. If you’re in the know, you know how big this comic really is. If you’ve been living on the moon for the past few months, we’ll bring you up to speed. Spawn #300 will tie Cerebus (Dave Sim) for the longest running monthly independent comic in history. With issue #301, Todd McFarlane will once again reign supreme and become the sole owner of the record. 27 years ago Spawn #1 was released and was the number one comic in the land. This Wednesday, it will occur again, with a little help from his friends. Just about every single hot creator within the industry will contribute to the anniversary issue. There will be a myriad of variant covers to choose from. Todd McFarlane himself will actually contribute a cover and some artwork to the issue (he doesn’t draw as much these days, still writes though!). Posts will hit social media from fanboys, comic readers and comic collectors alike. So, when you visit your comic shop this Wednesday, realize you hold a monthly comic series that started 27 years ago and is about to break a record with its next release. Spawn #300, a 72 pager for $8. Yep. Congrats on the almost broken record Mr. McFarlane!
Legion Of Super Heroes: Millennium #1 – It looks like DC will be connecting all of their “future” timelines from DC’s Tomorrow Universe. We’re quite sure with writer Brian Michael Bendis at the helm we’ll get a fantastic ride here. Lots of contributors lend their talents, including art from Jim Lee.