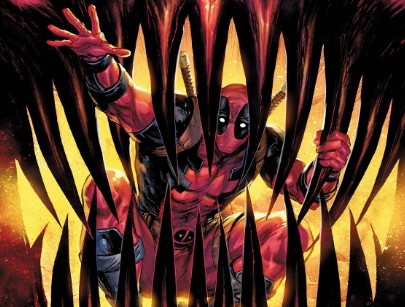 Miles Morales Spider-Man #10 – Marvel is celebrating with it’s 250th “Spider-Semiquincentennial” issue. What does this mean? No idea. The comic does feature a boat load of things in it though. Major storyline, a possible intro of a villain, special guest, an orgin story back-up, yes this comic is packed with goodies. Writer Saladin Ahmed and artist Javier Garron.
Loki #3 – A promise accompanies this comic. Not from us, from Marvel. They says Loki will run into a “new force” that will change the Marvel Universe landscape. Delivered by Daniel Kibblesmith (writer) and Oscar Bazaldua (artist).
Doctor Strange #19 – An interesting story is set up by writer Mark Waid. Doctor Strange’s life will change due to some car accident he witnesses or is involved in. Just like his own accident changed his, this will change his life once again. Artist Jesus Saiz.
Archie The Married Life 10 Years Later #2 – If you are a fan of Newsarama, you’ve probably seen their spoiler headline on this one. We’ll spoil it for you right now, but stop reading if you do not want to know. Longtime character, Mr. Hiram Lodge, Veronica’s father, will pass away. A big deal in the land or Riverdale. Of course this all takes place in the alt-universe. You know, like that time Archie was killed. All in future-not reality-fake land. Still a cool story to read and own though. Michael Uslan writes and Dan Parent pencils.

Chastity #1 – This mature audience title from Dynamite Entertainment delivers this Wednesday with a ton of great variant covers. A new series from writer Leah Williams and artist Daniel Maine is selling at a sold out pace. Look for it to sell out completely soon.
Absolute Carnage Vs. Deadpool #2 – The Carnage titles and anything associated with it is a hot ticket. The second issue with Deadpool and writer Frank Tieri. What more can anyone possibly ask for? Marcelo Ferreira on penciling duties.
King Thor #1 – The title alone here gets the interest peaked. The creative team of Jason Aaron (writer) and Esad Ribic (artist) are back together for this “must not miss comic” according to Marvel. A showdown between the future Thor and Loki. Yes please.
Powers Of X #4 – Every week we’ve been informing comic fans of the importance of what writer Jonathan Hickman is doing to the X-Men franchise. He’s gutting it and starting anew. A foundation that will be a part of Marvel Universe history from here on out. Comic books, movies, whatever. Get in on the ground floor here. Artist R.B. Silva.
Moon Knight Annual #1 – With the recent announcement of a Moon Knight television show, fans have been buying up anything Moon Knight. InvestComics had your back in 2005 and many many many times thereafter regarding buying his first appearance. Some fans literally laughed when we released our Moon Knight checklist on our site FOUR years ago. Now everyone is an expert and every book is a key comic. Life is easier to sit and wait for a movie announcement or a black Batman announcement. Click HERE for that beautiful Moon Knight checklist. The Moon Knight Annual #1 will be from Cullen Bunn (writer) and Ibrahim Moustafa (artist).

Absolute Carnage Symbiote of Vengeance #1 – More Carnage this Wednesday. This time with Ghost Rider. Writer Ed Brisson and artist Juan Frigeri.
Gotham City Monsters #1 – Fans were treated to an all monster comic a few weeks ago from Marvel, so here now comes DC with their own monster mash. It’ll be just as good if not better. Steve Orlando and Amancay Nahuelpan.
Star Wars Age Of Resistance Supreme Leader Snoke #1 – Witness the training of Kylo Ren from the most brutal supreme leaders of all, Snoke. Creators Tom Taylor and Leonard Kirk.
Red Koi #1 – A new Alterna Comics release from Tyler Wentland.
Pandemica #1 – IDW Publishing. Creators, Jonathan Maberry and Alex Sanchez.