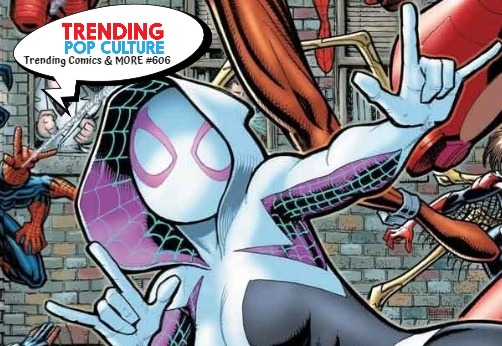 SINCE 2005. Here are this week’s top trending comic books and new items headed your way this Wednesday 12-4-19
Click on the RED links, Images or the comic cover to buy/bid from All available sellers on Ebay
Please note: New comic book releases and all items are subject to change

Conan: Serpent War #1 – Since Marvel has brought Conan into the their universe continuity, he’s been busy with the Savage Avengers. Now he’s teaming up with the soon to be hottest character in the MU, Moon Knight. With Disney+ now officially streaming, fans are getting a bit antsy about that Moon Knight television announcement Disney made a little while back. Oh, it’s coming, just not sure the exact date as of yet. Getting nostalgic for a minute, back when InvestComics began the REAL comic book speculation market, we recommended the Werewolf By Night #32 comic in 2007. At the time it was a catch for $50. There are so many instances in which InvestComics mentions Moon Knight, that we finally decided to make an official Moon Knight (speculation) checklist in 2014. You can check that out right HERE. Many collectors (hoarders) will not part with this comic at all these days, but those who followed the guidance of a InvestComics were sure tipped off and rewarded handsomely. The David Finch cover this Wednesday is already sold out and the series itself is gaining traction. Expect a trending interest on social media due to the presence of Moon Knight mostly. Writer Jim Zub and artist Scot Eaton bring fans the Serpent War.
Deathbringer #1 – Donna Troy has a new identity in the Batman Who Laughs timeline and her name is revealed right on the cover for the first time. DC Comics introduces; Deathbringer. Writer Zoe Quinn and artist Ben Oliver.
Star Wars Saga #1 – The new (and final) Star Wars film is headed our way in a few weeks. Catch up on everything Star Wars in this all-in-one timeline comic. Marvel will cover many of the classic characters and new characters with old stories and new stories. One of our favorite newer character(s) were the Stormtrooper Scar Squadron. They were first seen in Star Wars #19 in 2016 and first mentioned by name in Star Wars #21 (2016). Surprisingly those comics are sitting in the $3 bins right now. Expert speculators are probably awaiting word from the expert websites to dig in again. Star Wars Saga #1 will be created by many of your favorite comic book creators.

Batman #84 – DC Comic fans were warned last week that at the beginning of 2020, after writer Tom King wraps up his run, Batman will be going through some major changes and a lot of those changes are beginning right here. The changes are “major” character changing events, so readers may want to keep reading and new readers may want to jump on board. Creators Tom King and Mikel Janin.
Deathstroke #50 – The final issue of the series. This is until a new number one in 2020, right?
Spawn #303 – Since right before the 300th Spawn issue and the introduction of She-Spawn, this series has been on fire. The Todd McFarlane photo Spawn cover here is sure to turn some heads on Wednesday.
Amazing Spider-Man #35 – Speaking of comic book covers, there are several to touch on this week. So many times, especially as of late, jam covers are being raked over with a fine tooth comb. Expert specs/websites looking for that next first cover appearance so they can be the first to mention it. The variant Spidergwen here is a look-see for those fans. Also, Marvel begins their Iron Man 2020 character tribute covers. These covers will depict many heroes and villains with the form of Iron Man 2020 armor. Yes, first appearances right there on the cover. No thought process involved for the experts. Doc Ock gets his treatment on this variant. Enough cogs to go around for everyone!

Venom 2099 #1 – A new Venom one shot from writer Jody Houser and artist Francesco Mobili.
Black Cat #7 – Here’s a comic that’ll trend just because of the book covers. The regular cover belongs to J. Scott Campbell. That man can make any fan boy look at a cover twice. Then we have the 2020 cover (First 2020 Black Cat) and then there is the Otto Schmidt Venom Island variant. Is that an OctoVenom? First appearance! Haha!
Ghost Rider 2099 #1 – Premiere issue brought to you by writer Ed Brisson and artist Damian Couceiro.

The Joker vs Pennywise. Epic Rap Battles Of History