PLAYTHINGS COME TO LIFE IN NON-HUMANS

An otherworldly disease brought back to Earth by a NASA space probe has given inanimate objects like toys, dolls, and mannequins the ability to come to life, able to walk, talk, and speak — and to think for themselves. A new minority class called “Non-Humans,” the former objects take on part of the personalities of the people who used or even loved them.

“The toys are not only a newminority in our world, but because they come from us they are quite human–with all of the frailties, insecurities and desires we humans possess,” said writer Brunswick. “And some of these creatures can be very dark–it’s a world filled with toys that envy us, want to be more like us, and are willing to kill us if they can’t get what they want. What could be better than that?”

The varied personalities of the Non-Humans was part of the appeal for comics veteran Portacio (ARTIFACTS, Incredible Hulk). NON-HUMANS is Portacio’s first creator-owned comics since his original Wetworks series, published from first 1994 to 1996 and then relaunched in2006.

“It’s very exciting for me to get back on a creator-owned book,” said Portacio. “It took a long time waiting for the right one to come along that would really fire my imagination. I have the same boundless enthusiasm for NON-HUMANS that I had when Image Comics was first formed. I feel like there are no limits to what we can do with this story.”

NON-HUMANS is a full-color ongoing series starting in October. Issue #1 (AUG120465) is available for pre-order from the August issue of Previews. A five-page preview of NON-HUMANS #1 appears in ELEPHANTMEN #42, which was in stores on August 15. 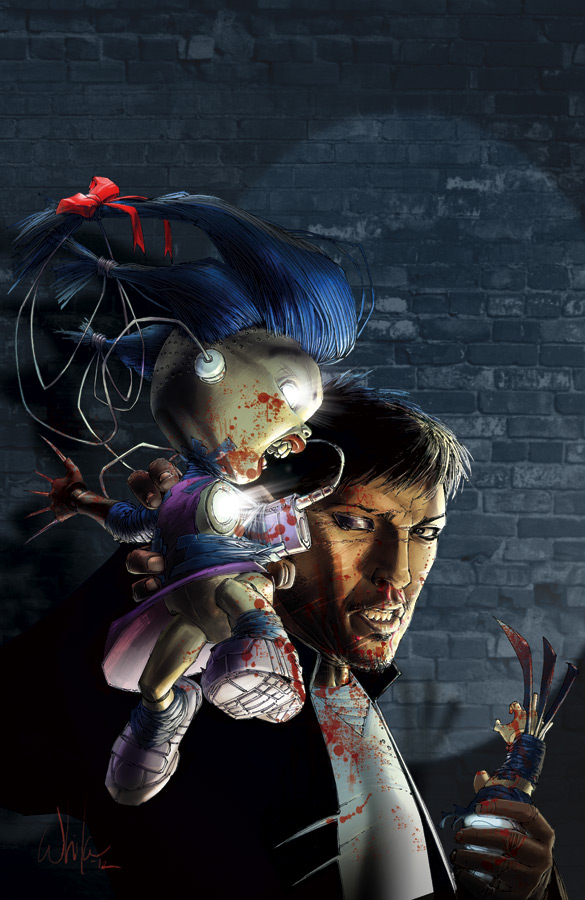