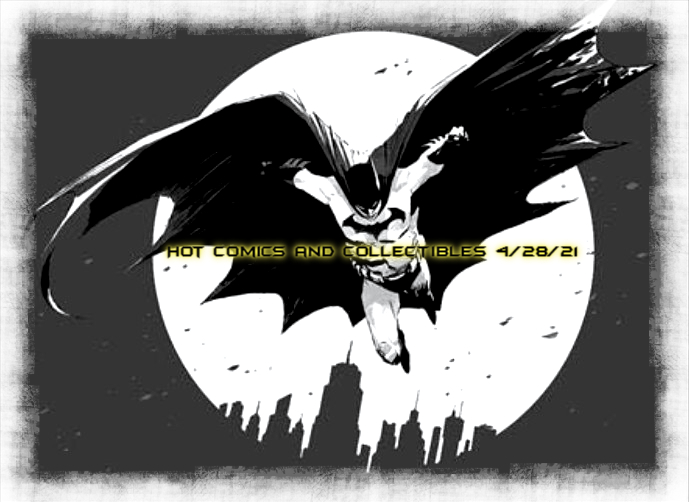 InvestComics/Trending Pop Culture; SINCE 2005.
Here are this week’s top Trending Comics, Best Cover Art, and Trending Collectibles headed your way this Wednesday 4-28-21
Click on the RED links, Images, or the comic cover to buy/bid from All available sellers on eBay
Please note: New comic book releases and items are subject to change.

Silk #2 – We interviewed the writer of this series, Maurene Goo. It’s on our Instagram page and an abbreviated version right HERE on our site. She stated she’ll introduce new characters along the way of the new series. So keep an eye out on the building blocks of the Silk character here. And speaking of building blocks, when Silk was about to be introduced and was introduced, InvestComics was on the path of letting speculators know that Silk will be a character to be watched. We called this too. Here are a few quotes from 2014; “…..tell you now, buy Amazing Spider-Man #1 (2014) and Amazing Spider-Man #4 now.” “….a lot of upside here with the new girl on the block, Silk.” “Definitely a character you should be following.”
Robin #1 – A new Robin series from writer Joshua Williamson and artist Gleb Melnikov. Look for a new character or two or three within the first few issues.
Spawn #317 – New character alert. All things lead to the new Spawn universe.
Beta Ray Bill #2 – Everyone’s favorite Alien Thor continues his own series this Wednesday. Since we brought up what InvestComics was saying about Silk before she got very famous, let’s take a quick trip down memory lane with Beta Ray Bill. Let’s start back twelve years ago in 2009 (even further back not considering the InvestComics magazine), shall we? “…The Marvel universe continues to feel the Secret Invasion aftermath. This week we focus on one of the hottest characters to come out of the 80’s, Beta Ray Bill. His first appearance could still be purchased at a very reasonable price. Thor #337 was the first look at Beta and the start of the classic run from Walt Simonson…..” “….Issue #337 comes in at only $10. Great Buy here fans.” (2010): …..If you want to check out one of the greatest Thor runs in the history of his title, look no further than Thor #337. You want to talk raw talent? Walt Simonson took Thor from virtual obscurity to heights that blew away the spectator market back in 1983. Thor #337 was Walt’s first Thor book of his amazing run, and was the first appearance of Beta Ray Bill. InvestComics making things happen back some time ago. Nowadays, well you have the next comic here…..
BRZRKR #2 – This series was and still is being pushed with scarce variant issues and signed copies. Nothing wrong with marketing tools/ploys. Gotta make the bread, right? Then the “movie announcement” (or show?) came out soon after the number one issue sold like 600k copies. Someone got paid! Here’s the thing. First and foremost, nothing wrong with making a buck. Speculators are in the game for money, that’s understood. That said, buyers have to really do their due diligence and ask themselves a whole bunch of questions before jumping in and spending a boatload of hard-earned money on scarce comics and announcements. There really needs to be more validity to the cause and effect here. See, when InvestComics spoke of Beta Ray Bill 12+ years ago or Silk 7+ years ago, we were talking about an investment that would grow in time. We weren’t talking about a current fad or comic being pushed because of its gimmick or a possible film. Yes, possible film, because in Hollywood, scripts tend to die and never see the light of day. Not saying that BRZRKR won’t happen, just stating that the investment RIGHT NOW, this day, doesn’t equate to the pricing. So, understand that prices will come down before possibly going back up because talking about doing something (a film) and actually having it carry out are two different things. A buyer would be wise to wait this out a bit and let the overpriced market settle down a bit before jumping in. What if this film never happens? What does that RARE $1000+ spent on a BRZRKR variant take in then? A lot less because no one will care about it. Please, be vigilant about this hobby. Do your homework. Wait things out. Too many places have their own agenda in pushing comics and are leaving many holding the empty bag.

Batman Black & White #5 – Two creators make their DC Comics debut; Kieron Gillen and Jamie McKelvie.
Savage Avengers #20 – Spider-man vs. Conan. Yes, please.
Miles Morales Spider-Man #25 – A special 25th issue. Complete with the overused Martin homage variant cover. We kid, that’ll always be a cool concept.
Crossover #6 – The last issue of the once super-hot series. Kind of what we were getting at with the BRZRKR comic, the fire is ending in a slow burn. Yes, the series was good, but some of the variant copies throughout the series were selling for big bucks at one time. The first issue and that Spawn cover come to mind right away. This is not to say Donny Cates doesn’t surprise fans with a big finale here that’ll have the spec market upside once again. One last thing, to the naysayers regarding our comment here saying a “slow burn at the end of this series and getting their feelings hurt a bit. There are 2 watchers on every single “big variant” on this final issue on eBay. Two. Not hundreds, not thousands. Two. Spec fizzle? Yes.
Helm Greycastle #1 – The debut of a new Image Comics series (character) from writer Henry Barajas, Bryan Valenza, and Rahmat Handoko.

O.B.E. Out Of Body Experience #1 – New series from Antarctic Press.
Shadowman #1 – From superstar writer Cullen Bunn, a new Valiant Comics series. Series artist Jon-Davis Hunt.
Spider-Man Curse Of The Man-Thing #1 – Spider-man, Lizard, and Man-Thing. What could go wrong?
Sonjaversal #1 – Lots of new characters popping up in this new universe. This is like the new Spawn universe arriving soon, but with Red Sonja.
The Marvels #1 – New Marvel series that’ll feature the debut of two new characters. The legendary Kurt Busiek writes and Yildiray Cinar will draw. 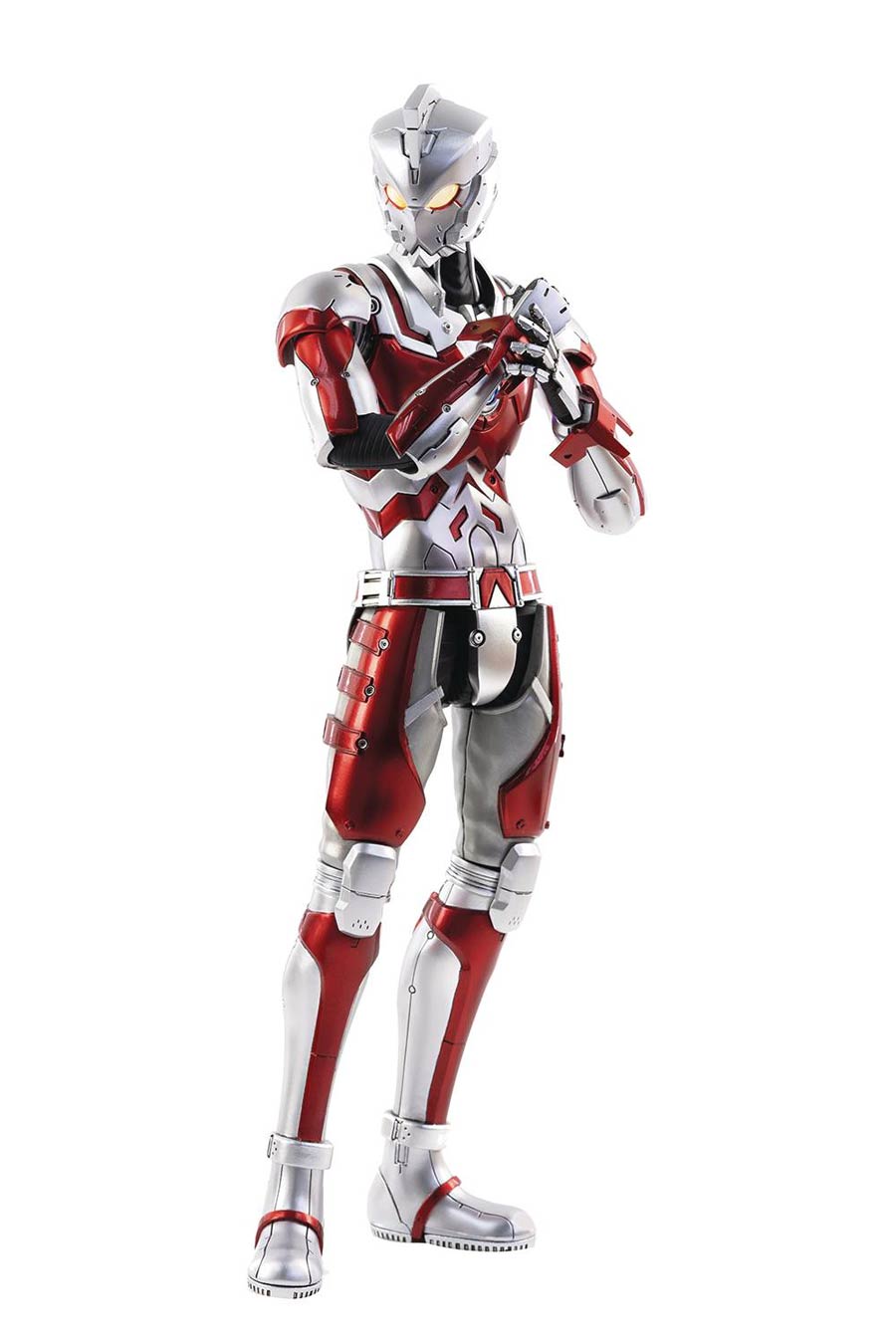 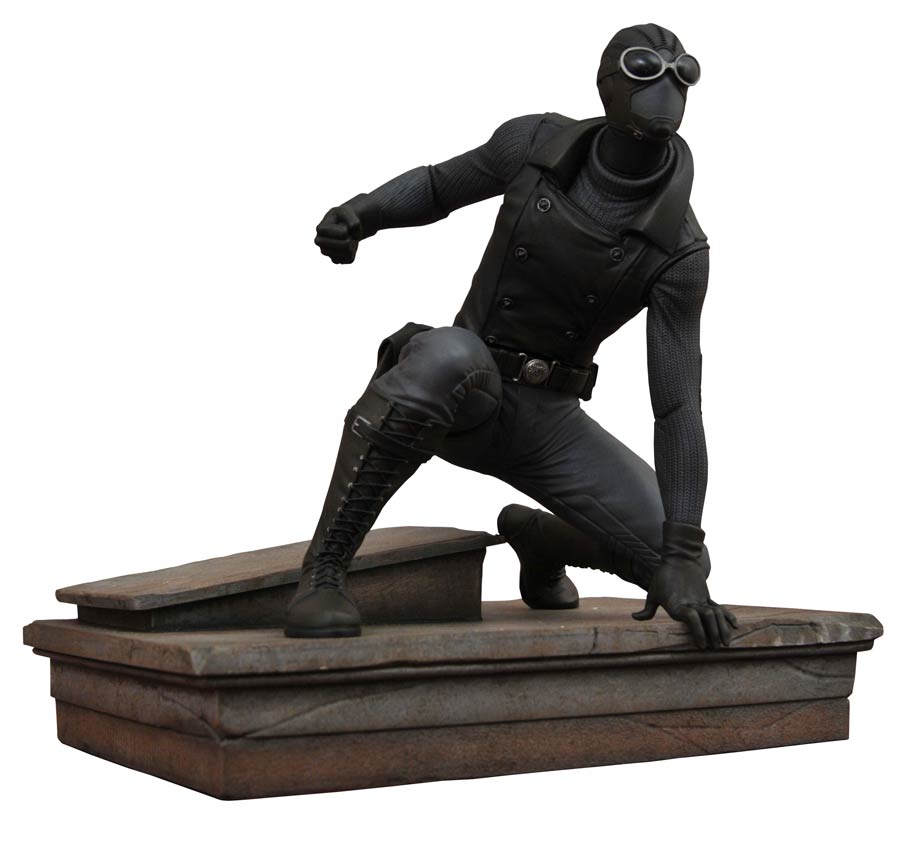