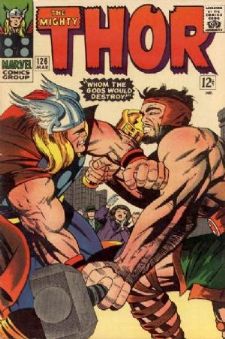 A slow week for new releases brings us to the back issue bins. This would be a perfect week to pick up a few of those back issues that should be in your collection. Recommendations that have been discussed on InvestComics like New Mutants # 98, Iron Man # 193 and Watchmen # 1, which all should already have a firm place in your collection. Here are a few comics that are still surprising affordable and should be looked for in the long boxes at your local comic shop. However, there is just one ‘pricey’ gem that will fly under the radar for just a little longer. You must grab this comic very soon before it becomes unattainable……..

Thor # 126. This comic is truly the number one issue of Thor. Issue number 125 was named Journey into Mystery with Thor.  Released in 1966, this comic comes in at a price tag of only $275. Yes ‘only’ $275. Think about where this comic will be once that epic Thor film hits the silver screen. Thor will become a household name and Thor # 126 will probably receive the $450 price tag or more. A great Marvel character that will mark his place on the solo screen as well as marking his place in the Avengers movie, Thor # 126 should be looked at as a monster investment. You may spend some money now, but it will pay dividends in the years to come. An extremely recommended buy here with almost a guarantee return on your investment. If you buy a VF/F copy of this comic, you might want to think about getting it slabbed (CGC). Once this comic is through the stratosphere, buyers will be looking for those graded 7.0 and above and pay nice bucks for it. 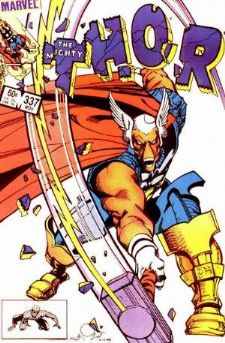 Sticking with The God of Thunder, Thor # 337 is a great buy. The comic marks 2 first, first appearance of Beta Ray Bill and first Walt Simonson writing/pencil duties on the Thor title. When this comic came out in 1984 it was huge. It was mega big to the point that comic shops at the time were selling it at $25 a pop. That’s a big deal in 1983. Nowadays the comic can be bought on Ebay for a mere $10. Beta Ray Bill has been in and out of the Marvel Universe and is in fact a huge part of the Thor gallery. Will Ray be a part of the Epic Thor film? No one knows just yet, but why wait around? Great character, great legend, 2 first make a right. The best advice for anything Thor (back issue speaking) is buy, buy and buy. The back issue market for Thor is extremely underrated and you need to get on top of it before it starts taking off. Buy any first appearance all key issues of the original run. Definitely get the Walt Simonson run, pure reading pleasure and a great investment. 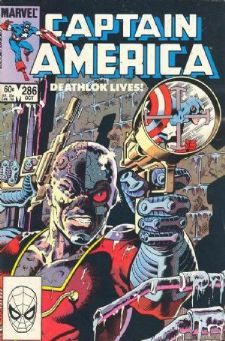 Invest in some old Captain America runs. Particularly issue numbers 100-125. Also look out for issues 100,111 and 113. These issues are all Steranko art and are a rare find in good shape. Captain America is going to be a huge movie as the same already discussed about Thor. Captain America‘s solo movie will do things to the movie market that will probably match that of the latest Batman film. The same that applied for the Thor comics should apply here. Buy any and all significant issues of Captain America now while the market is lukewarm. 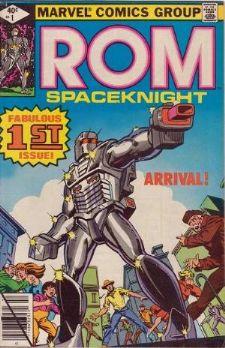 With the ‘big 2′ reaching back into the vault of characters to bring readers the new and improved versions of whomever, here are a few that have had some rumblings, but have yet to make ‘the’ comeback. ROM, remember him? Well maybe you don’t. Showing my age here! Way back in 1979 Marvel and Mattel (Toys) teamed up to release the ROM toy line in sequence with the comic book. 132 issues later ROM finally overloaded and succumbed to the preverbal cancel button. Marvel had a falling out with Mattel over the rights to ROM.Thus hampering the attempts to ever bringing him back, in the recent years though ROM has been teased about from Marvel and clamored after by a cult following. Marvel knowingly is in business to make money, well what company isn’t?? Marvel’s Cosmic Annihilation story line briefly had mentions and appearances by the Spaceknights. ROM is in fact a ‘Spaceknight’. So one day when you’re beating yourself up deciding to get  that Variant comic that cost $15, put your money on this 7 dollar 30 year old comic book that will probably bring you more enjoyment in the reading column as well as your wallet. The wallet?? Who knows?! Stranger things have happened! 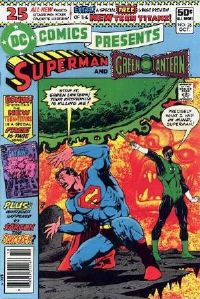 If DC ever decides they really want to join the fray of making a comic movie other that of a poorly done Superman or an awesome Batman, look no farther that Teen Titans. 1984’s Teen Titans provides a backdrop to the possible movie that DC has been speaking of for years. Buy the number one issue at $6. Better yet, buy the Teen Titans first appearance in DC Comics Presents # 26 for $20. Now that is a bargain of all bargains. This comic is highly undervalued right now and once DC/WB realizes the magnitude of a GOOD well written Teen Titans movie, DC Comics Presents # 26 will be hard to get a hold of. 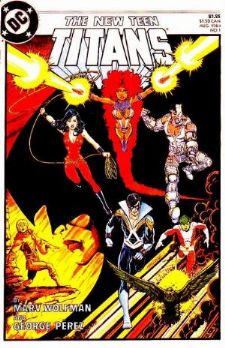 Hollywood has their eye on comic books, old and new, no secret here folks.  With the release of a poorly done Speed Racer and a new Voltron movie coming out starring Spider-Man himself Tobey McGuire, any comic is fair game in this market. Why not look at Starriors # 1, Micronaunts # 1, Atari Force # 1, Arakand the list goes on. These comics are very affordable, but yet hard to find in a NM condition. Find these in your $1 bins and have fun.