Not much going on this week as far as speculation is concerned, but lots of great titles to pick up and read. A slow week in a speculation market is also a fantastic time to look through some long boxes and search for some of the recommendations InvestComics has feed in the recent weeks.

So before we get to the Hot Picks, how about the most anticipated panel at the San Diego Comic Con? The Marvel Studio Panel. Well to say it 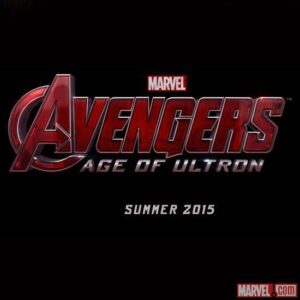 was “spectacular” would be an overstatement. To say it was great would also be an overstatement. This panel was supposed to be the one to rip the doors off the internet. It fell extremely flat. Trotting out actor Tom Hiddleston in his Loki costume to start off the panel, making the crowd go wild, but delivering absolutely nothing noteworthy in the context of a breaking news story. Not that anything was expected from Tom, but Tom became a diversion to the BIG picture. Fans went wild and then nothing. New clips of the new Cap movie and Guardians movie. What about some more news about the speculation of Dr. Strange, Black Panther, Antman, and even Vin Diesel?! Marvel in typical fashion churned the hype box so tightly that it became a huge dud. That’s UNTIL Josh Whedon came out! Cheers!! Crowd goes wild! Yes!! This will be it!! Joss will announce something crazy right?!?! Josh says “Avengers Age of Ultron” will be the title of the new Avengers movie. Wow really? That’s it?? Sorry guys, but you dropped the ball on this one. The biggest stage of all comic cons and that’s all we get? It’s been a while since you’ve dropped the ball (in the movie department), so we’ll give you a pass here. DC Entertainment actually outshined Marvel yesterday in the movie news announcement department with their Superman/Batman 2015 scheduled for release in 2015. Now THIS was breaking news. This was worthy of a fan getting excited about. Not prancing out actors and actresses of your movies everyone knows about already. Who cares really? Getting a first look clip of the new Cap or Guardians movie, now that was cool, but Marvel hasn’t shared that with anyone else except for the fans in Hall H. DC said checkmate at this year’s San Diego Comic Con. Good job guys/gals, it’s been a while since you’ve trumped Marvel in “breaking news” as far as the big screen goes.

Now let’s get to some Comics you should check out this week shall we?

Anyone remember that sketch cover Jim Lee did back a few years ago where Superman is chocking the hell out of Batman? It was actually a second print, Batman #612 to be more precise. That comic actually commands more money in the aftermarket than does the first print. Shorter print run, plus it’s totally bad ass. This week however, DC goes back to the drawing board (no pun intended) with Superman Unchained (2013 DC) Directors Cut #1. This $5.99 comic will deliver the “director’s cut” of the original sold out number one issue. This series has some serious creator star power and will show no signs of slowing down. It’s best to get in on this series before those back issues start getting out of reach as far as dollars and cents go. Not too sure if the aftermarket will sustain the demand in the long haul, but for now it’s a nice series to get your hands on any variants that are available to cash them in for say…..a first appearance of Darkseid, Deathstroke, Rocket Raccoon, etc. Don’t expect too much from this priced high comic at $5.99. It’s a harder when you pluck down six bucks for what essentially is a reprint with a sketch cover, bells and whistles. Get variants of this series, that is where the money is waiting to be made.

Speaking of a comic that is critically acclaimed, Matt Fraction has turned around a once blah Marvel character into a force. Hawkeye could never really find his place in the Marvel Universe, but Matt has done it. Fraction has become what Miller was for Daredevil, McFarlane was for Spidey, Synder is for Batman, Adams was for Lantern, and on and on. These creators have become synonymous with their work on these characters. This week Hawkeye (2012 4th Series) Annual #1 continues that trend for Matt Fraction as he embeds his name in the Hawkeye character.

Last week (or the week before?) the InvestComics Hot Picks spoke about the ridiculous onslaught readers may have to be subjected to with the word “Superior” on too many comic titles. Well here we go again. Superior Spider-Man Team Up (2013) #1 comes out us as a regular ongoing. The series will feel much better with Peter Parker at the helm, but until then you can enjoy looking at the cover to Marvel Team-Up #1 to the right here. As Archie and Edith would say “Those were the days.” Who’s Archie and Edith you ask? Ugh I feel old!

On the topic of team-ups we have two very cool ones happening from Dynamite Entertainment and IDW. Check out Army of Darkness vs Hack Slash (2013 Dynamite) #1 and Rocketeer Spirit Pulp Friction (2013 IDW) #1. Fun reading on Wednesday here!

That’s it for this week. Be sure to sign up to the InvestComics Newsletter. News and a new Contest (a signed comic!) coming up soon.