Fifteen number one issues are featured in this week’s article. Some of course with an overload in the variant cover department, but hey no one is forcing anyone to buy them right?

Marvel Comics continues their version of the new 52 with the release of Hulk (2014 2nd Series) #1 and Ultimate Fantastic Four (2014 2nd Series) #1. Not a complete overhaul of their titles, but an abundance of number one issues. Which in reality is completely pointless, but that’s a debate for another time. The new Hulk series will do well, while the new Fantastic Four will border on mediocrity after its first few issues. The Hulk series is accompanied by six variants and FF only has two. See even Marvel knows the deal here. The GET comic in all 8 of these choices is the Mark Bagley Hulk variant. Mark is a stud, Hulk is a stud, CGC is a stud, and a signature from Mark would cap off your $25 variant investment.

Staying on topic with the variants covers, there is a prized variant to try to get your hands on. Superior Spider-Man (2012) #31 will have six variants, but it’s the Midtown Comics color and sketch variants that will fetch some aftermarket love. Be sure to check out InvestComics on Ebay for a chance to bid on those comics if you miss out. Oh yes one more thing. Superior Spider-Man #31 is sold out at the distributor.

Solar Man of the Atom (2014 Dynamite) #1 comes with twelve variants. Stuck in those variants someplace are two Rob Liefeld variants. Neat! Solar Man of the Atom gained huge popularity back in 1991 when the series was under the Valiant banner. These days, most of the characters are seeing resurgence. And if you missed the cool announcement coming out of the Sharp Comics camp, they are releasing limited edition variant connecting covers that include Turok, Solor, and Magnus from “Mr. Valiant” himself Bob Layton. Check out the full press release right HERE. 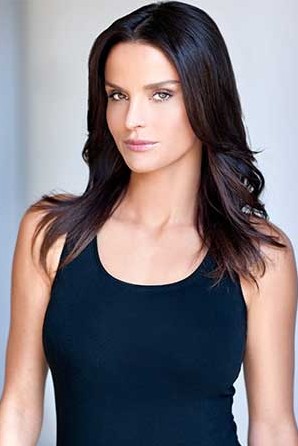 book that doesn’t involve any T&A on its variant cover.

IDW will release Transformers Windblade (2014) #1. Windblade first appeared this year in Transformers: Robots in Disguse #26 (2014). Did you know that the character Sheena is older than Superman? Sheena first appeared in the UK in 1937 and then in the states in 1938. Now in 2014, she appears again courtesy of Moonstone comics; Sheena (2014 Moonstone) #1.

A comic that may fly under the radar this week, but should be blipping on your screen is Porcelain (2014 Red 5) #1. Actress/Model Ana Alexander (Femme Fatales/Bones) is the creator/writer/star of this comic. It involves an assassin and it looks as though it’s done in a modern anime style. Be sure to check out this comic. Oh, in case you’re not too sure who Ana Alexander is, she’s pictured to the right.