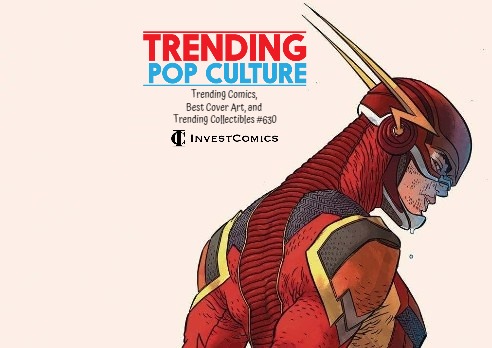 InvestComics/Trending Pop Culture; SINCE 2005.
Here are this week’s top Trending Comics and Best Cover Art headed your way this Wednesday 6-3-20
Click on the RED links, Images or the comic cover to buy/bid from All available sellers on Ebay
Please note: New comic book releases and all items are subject to change

Birds of Prey #1 – A DC Black Label Birds of Prey story from Brian Azzarello, Emanuela Lupacchino, and Ray Mccarthy. Do we need any other reason not to pick this up?
Swamp Thing Giant #4 – These giant-size comics are released at Walmart and then appear on some speculators thread about some nonsense about how special it is. Usually, one word finds its way; Rare. Oh, you have the HTF button too. Silly stuff. Check out what InvestComics had to say about one of the more ridiculous comics to come out of Walmart right HERE. This Swamp Thing giant comic contains new stories though, so you’ll want to check it out.
Detective Comics #1022 – Another Bat issue before the Joker War. Creative team; Peter J. Tomasi, Brad Walker, and Andrew Hennessy.
Nailbiter Returns #1 – InvestComics says, the first Nailbiter series in 2014 was optioned for a TV show and of course, nothing ever came of it, but don’t let that stop a seller from mentioning when trying to dump it. Throw in some HTF (hard to find) caps and you’re good to go. Seriously, that’s what the titles read on eBay. So good to have InvestComics back isn’t it? This week, however, fans get a sequel from Joshua Williamson and Mike Henderson.
Catwoman 80th Anniversary 100-Page Super Spectacular #1 – There was a lot of buzz around this comic before the world closed down. Selina Kyle finds out from Bruce that they’re expecting some company. Not company from a friend or even a villain. A baby. They’re having a baby. How did that happen? We have to Google where babies come from.
Flash #754 – The continuous, never-ending battle with the new Flash villain Paradox is a good one. This looks like the next to last issue before the entire Paradox problem is shut down for a while. It’ll come at a price next issue though. Creative team; Joshua Williamson, Howard Porter, and Rafael Grampa.