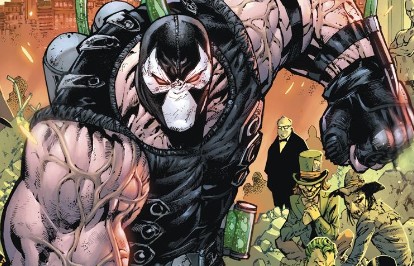 SINCE 2005. Here are this week’s top trending comic books and new items headed your way this Wednesday 7-17-19
Click on the RED links, Images or the comic cover to buy/bid from All available sellers on Ebay
Please note: New comic book releases and all items are subject to change

Loki #1 – A new ongoing series from creators Daniel Kibblesmith and Ozgur Yildirim. The “new” direction for this character will definitely spark interest among comic fans. Although the first issue will trend nicely, look for this series to pick up momentum as the series progresses.
Captain Marvel #8 – A possible introduction of a new character. Brought to you by Kelly Thompson and Carmen Nunez Camero.
Silver Surfer #2 – Writer Donny Cates and artist Tradd Moore will take the Surfer to new heights. Another series that’ll gain momentum as each issue is released.
Batman #75 – The seeds have been planted, story lines have progressed, and now it’s time for a bow to be put on the top. Writer Tom King has been leading up to this monumental 75th issue. Batman extraordinaire artist; Tony S. Daniel graces us with his beautiful pages.
Teen Titans #32 – Will Crush finally find out who her mommy is? Will Lobo talk? Find out here. Writer Adam Glass and artist Bernard Chang.

Jughead: The Hunger vs. Vampironica #3 – Writer Frank Tieri dives into the world of his new character; Jinx. Found out what the mystery is all about. Artists Tim Kennedy and Pat Kennedy.
X-Liefelds #1 – This hysterical Keenspot satire is all sold out on the distributor level. Wonder if Rob will find the humor here? There is bound to be a “foot/feet” joke in here someplace and lots more razzing. Writer Rob Potchak and artist Rob Nikolakakis.
Collapser #1 – DC introduces a new character in their own debut issue. Creators; Shaun Simon, Mikey Way and Llias Kyriazis.
The Punisher Annual #1 – The debut annual will feature Punisher vs Brood Queen. This will be interesting to say the least. Karla Pacheco writes and Adam Gorham pencils.
Domino: Hotshots #5 – Domino is cosmic! Writer Gail Simone making this character her own and fans are loving it. Artist David Baldeon doing his thing too.

Deadpool #15 – We’re looking at a homage cover done by the artist who did the original. Skottie Young pays tribute to himself from the Amazing Spider-Man #611 cover he did back in 2010. Back when InvestComics was teaching the younger whippersnappers on how the speculation market is done, we pointed out the Amazing Spider-Man #611 comic as the first time Deadpool appeared in a Spidey book. Now you know, and knowing is half the battle!
Jimmy Olsen #1 – The Lois Lane series started up already, now it’s Jimmy’s turn. A twelve issue maxi-series from Matt Fraction and Steve Lieber.
Secret Warps: Ghost Panther Annual #1 – The mash-ups are a thing and now we have an annual. Part 3 of Secret Warps. Creators; Al Ewing, Daniel Kibblesmith and Ig Guara.
Age Of X-Man: Omega #1 – The finale of “Age Of X-Man”. Creators; Zac Thompson, Lonnie Nadler and Simone Buonfantino.
Resonant #1 – New series from Vault comics with a superb Tim Daniel/Nathan Gooden homage cover to Y The Last Man #1 (2002) cover from J.G. Jones.