Superman will be making his return to the big screen this Friday June 14th. This movie will be either the beginning or the end of the DC Universe on the big screen as we know it. It must do well in order for Warner Bros. to justify bringing aboard the rest of the DCU. If the movie fails to meet expectations, fans of DC will have a long wait before they ever see another character from their library take to the screen. If it exceeds expectations (which I think it will), we all get to enjoy the start of something bigger. The Justice League of America? Flash? Wonder Woman? Nightwing? Who knows what could come next, but something WILL be next because the Man of Steel will single handily bring the DC Universe to the next level. So why didn’t the recent Nolan Batman movies do this with the successful run it’s had you ask? Simple answer, because Superman is Superman and not Batman that’s why.

….And now the Superman Checklist.

The following list is a quick guide as there are MANY Superman comics that will be left off this list (not by choice, but a simple miss). Please do not hesitate in writing below some of the books that you may deem important.

The InvestComics Superman Checklist Special will list only comics from the Action Comics/Superman/Adventure Comics series’ as well as some team-up books. Enjoy, remember to have fun and as always, invest wisely. 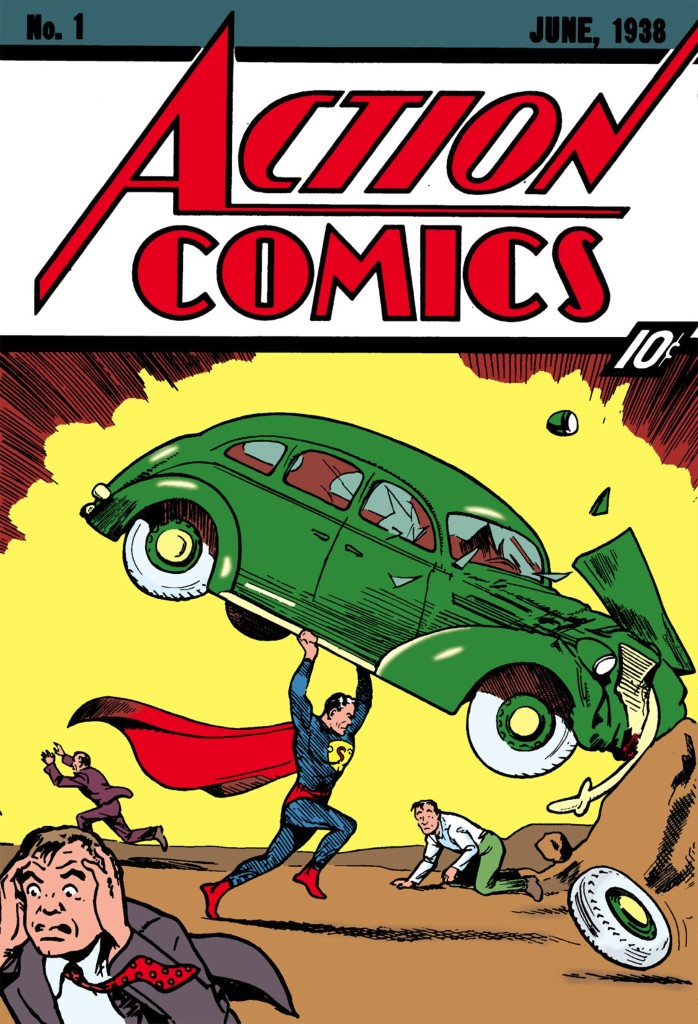 Action Comics #1: The first appearance of Superman and Lois Lane.

Action Comics #42: The origin of Vigilante.

Action Comics #225: The death of Superman! No not that one.

Action Comics #242: The first appearance and origin of Brainiac.

Action Comics #645: The debut of Maxima.

Action Comics #683: This character cameo in here turned the world upside down for a while. Check out the cameo of the one and only Doomsday.

Action Comics #869: Controversy finds Superman in real life here. All over a can of beer! The original cover to this issue had Clark and Pa talking things over with a beer in their hands. DC decided to pull the cover and place some pop in their hands instead. If you were a lucky collector that got a hold of this issue before it was pulled, then drink up! Well maybe not, but way to go!

Superman #10: Lex suddenly loses all of his hair! Not really, but this is the first bald headed Lex comic.

Superman #14: This is an Iconic American Superman cover.

Superman #30: Ah, the first appearance/origin of what could quite possibly be the hardest villain names to pronounce and spell; Mr. Mxyztplk.

Superman #61: The rumor abound says that there will be no Kryptonite in the Man of Steel movie. This issue is the origin and first look at the green rock.

Superman #147: The debut of Legion of Super-Villains.

Superman #199: The single coolest Superman comic ever! Two of the fastest superheroes alive RACE! The first Superman/Flash race! This is a classic issue folks.

Superman #223: One issue later, guess what this is?? The first Bronze Age issue.

Superman #292: Lex Luthor origin retold. A nice (affordable) way to get a hold of an early Lex origin.

Superman vol.2 #204 (penciled cover): The previous issue #203 is Jim Lee’s first Superman pencils on his Superman run, but it’s this iconic cover that is very gets all the attention.

Adventure Comics #283: The Man of Steel movie will bring the villain Zod back to the screen since Superman II with Christopher Reeve. This here is the first appearance of Zod. Kneel to Zod!

Adventure Comics #286: The debut of Bizarro.

Whatever Happened to the Man of Tomorrow?

Some may argue (not many) one of the greatest Superman stories ever told was by Alan Moore. The comic is called “Superman: Whatever Happen to the Man of Tomorrow”.